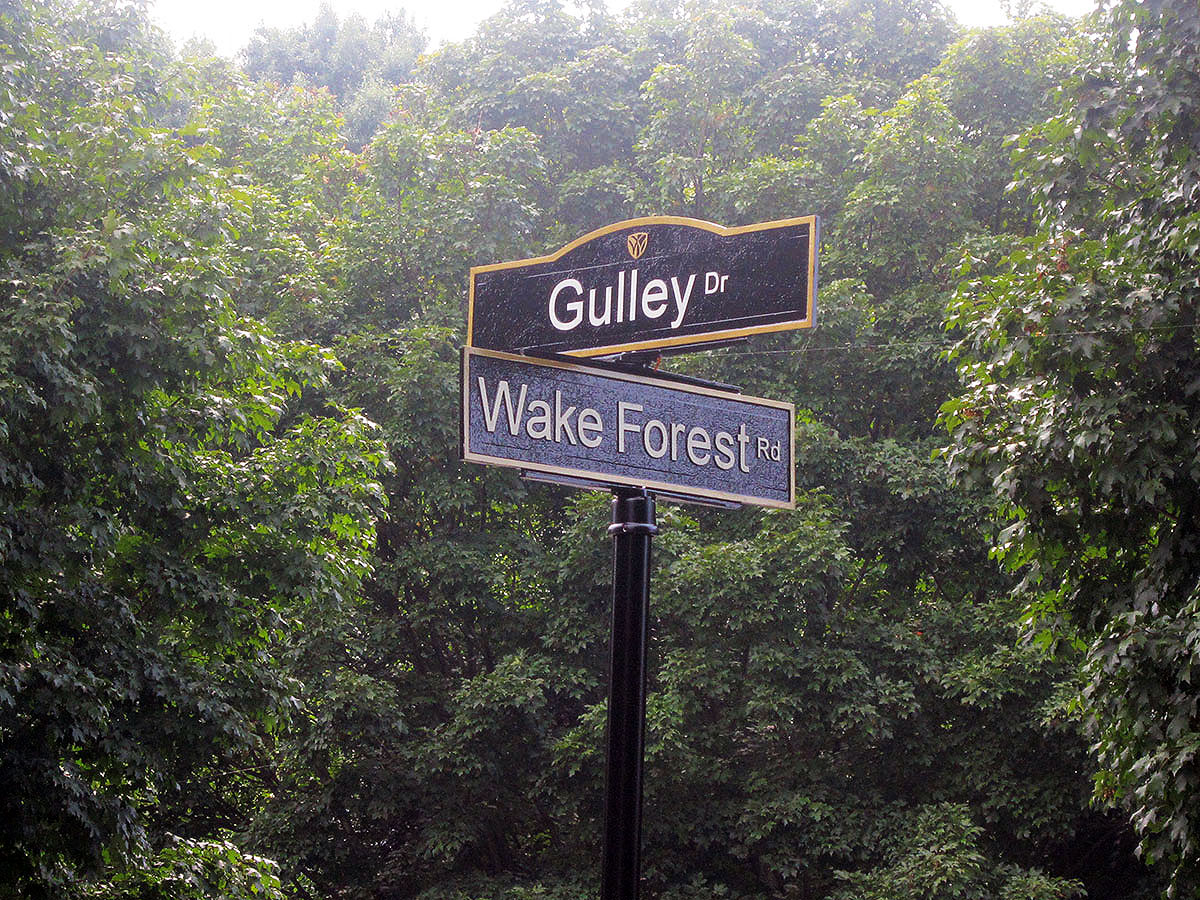 This road is found in the northeast corner of campus. The land was purchased in 1984 for the purposes of building condominiums for retired faculty. The condos were built in 1985. The drive is named after George Washington Paschal Sr. (1869-1956) who taught Greek at Wake Forest College and wrote the first three volumes of the History of Wake Forest College.

The namesake of this campus road is Carroll Weathers (‘22, JD ‘23). He was Dean of the Law School from 1950-1970. The highest honor one can attain from the Wake Law is named after him.

This street is one block long and named after W.C. Aaron and his wife, Rosa Anna. This couple purchased part of the Oak Crest No. 3 subdivision in the late 1940s and sold portions of it to the College for the use of faculty housing in the mid-1950s.

This campus road is named in honor of Needham Yancey Gulley. He founded the Wake Forest Law School and served as Dean from 1905-1935 and had approximately 1700 students pass through his classroom in the 54 years that he taught. He married Alice Wingate, the daughter of President Wingate, in 1879.

A stroll or drive around Wake Forest’s campus provides the opportunity to literally take a trip down “memory lane”, Jasper Memory Lane that is. Named after Professor Jasper Memory, this road goes right through the heart of South Campus. Professor Memory worked for Wake Forest from 1929 to 1971. For a portion of those years, he was the Chair of the Department of Education.

As plans to move to Winston-Salem were finalized in the 1950s, professors made plans for housing arrangements. The location of these houses is known as Faculty Drive, similar to Faculty Avenue in Wake Forest, North Carolina which is now known as U.S. 1A North. The Winston-Salem counterpart of Faculty Drive road forms southern border of campus and is a popular running route for students.

Dr. John Allen Easley was the Chairman of the Wake Forest College Religion Department from 1938-1963 as well as a North Carolina Baptist pastor, and an Army chaplain. This road runs past North Campus Apartments and provides a beautiful avenue to walk on during the fall season.