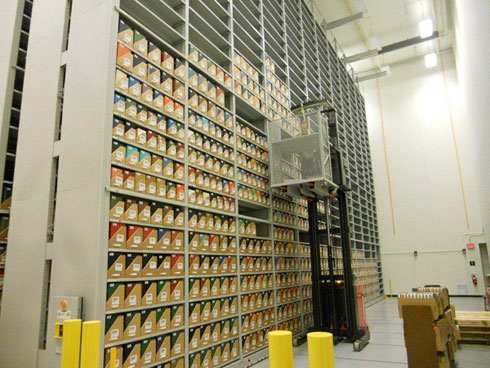 On November 29, 2010, the ZSR Library received the keys to the long-awaited off-site storage building, which is located on 30th Street just beyond the baseball stadium. After a week of staff training, work began on the monumental task of accessioning almost 200,000 volumes by June 2011. First, staff will transfer items that were formerly stored in leased commercial space. As previously announced, the next stage will entail moving journal volumes out of the overcrowded stacks in the ZSR building. By using a WFU-owned facility, ZSR can provide better services, such as scanning and delivering digital copies of requested journal articles. Look for this enhanced journal requesting service to begin sometime next summer. To date, staff have added 61,350 volumes and are processing over 2000 volumes a day!