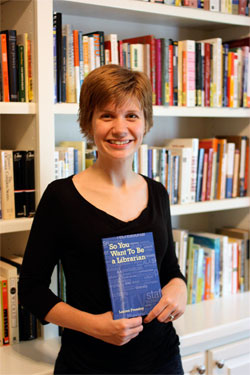 Readers often ask why e-books come with price points similar to print books, but with fewer rights to lend and share. In academic circles, some ask why scholarly and professional e-books are not published as Open Access (OA) texts, a publishing model that removes access and reuse barriers by granting those rights to readers upfront via licensing. While some publishers are releasing OA e-books, often in conjunction with a print version, the OA publishing model for e-books has not yet been widely explored.

One innovative approach to making e-books open is to target previously published texts, as the team at GlueJar, a company aiming to “liberate” e-books, is doing via Unglue.it. Launched in May 2012, Unglue.it enables the rights holder – sometimes the publisher, sometimes the author – to set a campaign goal for a previously published text and to seek crowdfunding donations to “unglue” an e-book version. After meeting the campaign goal, the e-book is released as an OA e-book under a Creative Commons BY-SA (Attribution-ShareAlike) license.

The most recently unglued e-book was written by Lauren Pressley, Head of Instruction at ZSR. Reaching its campaign goal on December 29, 2012, Lauren’s book, So You Want to Be a Librarian, will soon be freely available to anyone worldwide, without restriction by platform, file type, or DRM (digital rights management, which prevents lending to others, switching e-reader platforms, etc.). The donation that pushed Lauren’s book over the goal was made by Dean Lynn Sutton, on behalf of the Z. Smith Reynolds Library.

While working as the microtext assistant at ZSR, Lauren realized that she wanted to become a librarian, and we at Wake Forest University have been fortunate to witness her launch her career. Therefore, it is with deep gratitude for her accomplishments and best wishes for her future, that we bid her a heartfelt farewell as she departs ZSR in February for a new position at the University Libraries at Virginia Tech as the Associate Director for Learning and Outreach. Helping to unglue her e-book is just one small way to thank Lauren for her nine years of dedicated service to ZSR and Wake Forest!