by Christian Burris on January 21, 2014 in Events & Exhibits 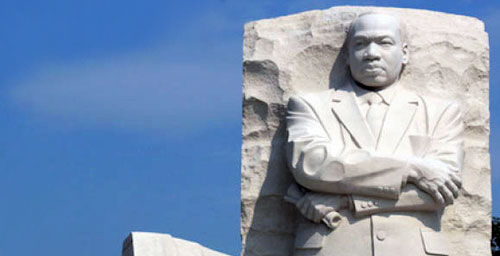 The ZSR Library Lecture Series will resume on Thursday, January 23, at 3 p.m. with Nancy Aguillon ’13. She received the WFU/WSSU Martin Luther King, Jr. “Building the Dream” Award in 2013.

Four events are planned for March. Paul Bright, Director of the Hanes Gallery, will present a brief look at the history of artists’ illustrated letters and discuss the “posted” works of James Rosen on Tuesday, March 4, at 5:00 p.m. On Monday, March 17, at 3:30 p.m., North Carolina Poet Laureate Joseph Bathanti will read selections from his work. Following Mr. Bathanti’s reading, copies of his books will be available for purchase and signing.

A symposium on the Future of Higher Education will be held on Thursday, March 20, at 3 p.m. in Pugh Auditorium. Lynn Sutton, Dean of ZSR Library, will moderate a panel discussion featuring Provost Rogan Kersh; Andy Chan, VP for Personal and Career Development; and Michael Riley ’81, editor of The Chronicle of Higher Education. In recognition of Women’s History Month, songs written and/or performed by women will be featured in a concert by several campus a cappella groups. The concert is Friday, March 28, at 7 p.m. in the ZSR Library Atrium. This event is co-sponsored by the Women’s Center, the Office of Multicultural Affairs and the ZSR Library Lecture Series.

Professor of Music Richard Heard will discuss and perform songs by African-American composer Florence Beatrice Price at 4 p.m. on Monday, April 14. The ZSR Library Lecture Series will conclude the spring 2014 series with its annual Earth Day lecture, which will be co-sponsored by the Office of Sustainability; the date and time will be announced later.

Unless otherwise indicated, all lectures take place in the ZSR Library Auditorium (Room 404).