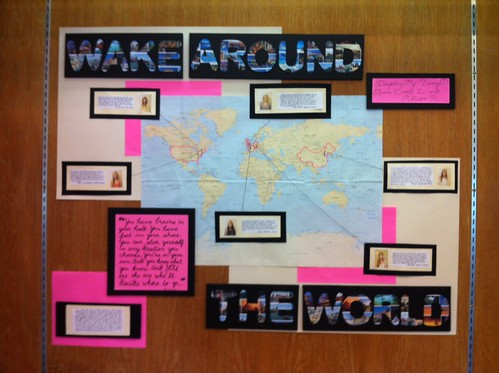 This semester, I’ve been working with Dr. Sharon Raynor whose Writing 111 students have been using war letters from Special Collections for the past year. There couldn’t be a better advocate for including Special Collections materials in the classroom than Sharon Raynor. After hearing Tanya speak about our collections during New Faculty Orientation, Dr. Raynor began using letters from our collections for her Writing 111 classes. Dr. Raynor’s father served in Viet Nam and she used some of his letters with the class. The war letters housed in Special Collections were written by veterans of the Civil War, World Wars I and II and Viet Nam. Both of the exhibits which used war letters focused on Laurence Stallings, a Wake Forest alumnus and veteran of World War I. Stallings wrote a play called What Price Glory, later made into a film and an autobiographical novel, Plumes about his war experiences. 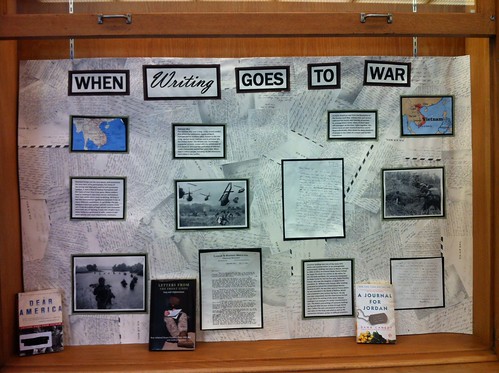 This semester, I worked with groups from three different classes, two of which used the war letters as research. In January, I met with each group, showed them examples of good exhibits from the past and helped them devise a rough draft of their individual exhibits. During the early part of the Spring Semester, these students researched the text, photographs, reference books and other exhibit elements using Special Collections primary sources and the ZSR General Collection. 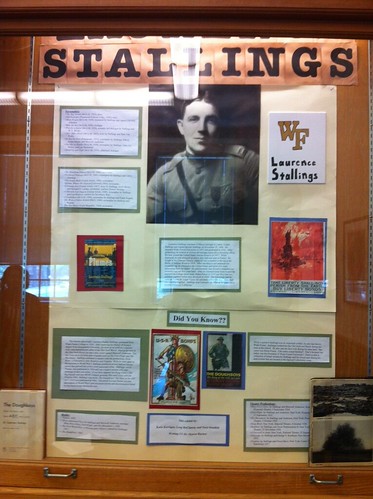 It is always fun to see these projects take shape and come together, Each group has a vision for the final exhibit and they work to make their vision take shape. I invite you to see these exhibits in Room 410 of ZSR Library when you have the opportunity.