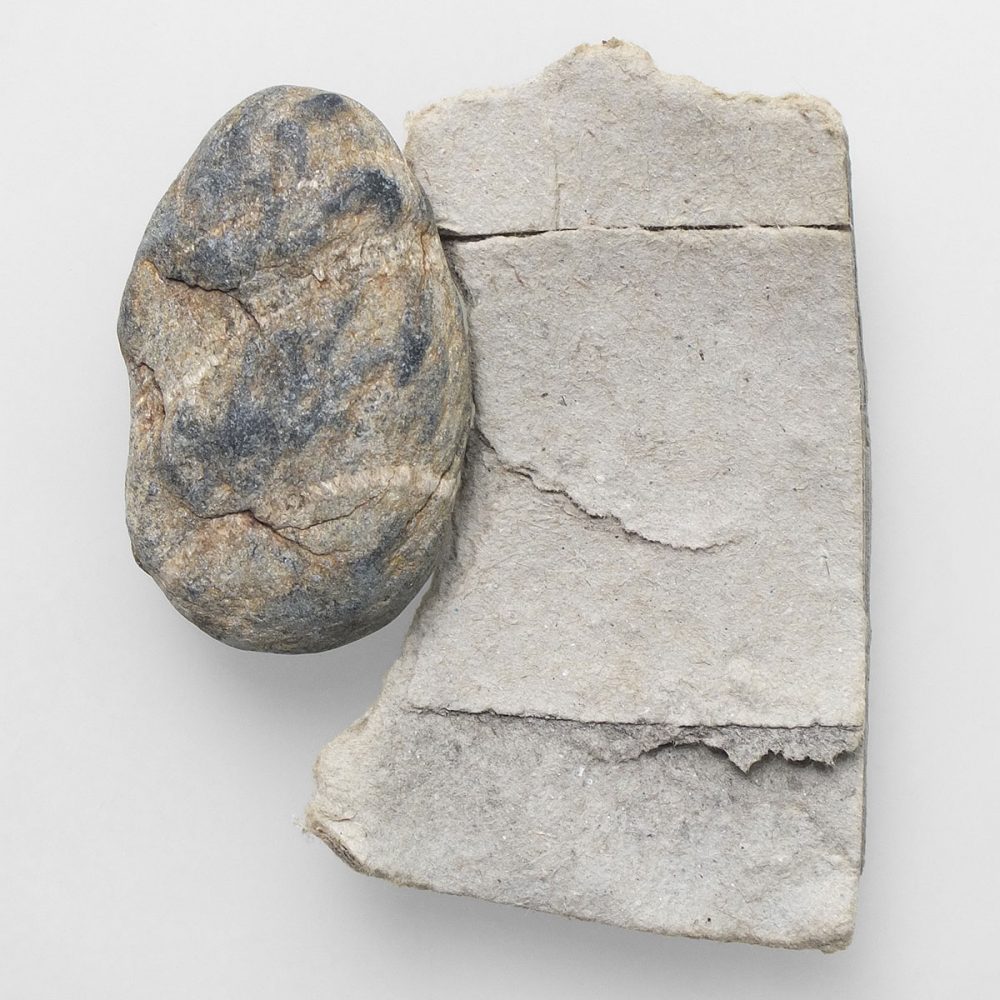 Comacina: Improvisations and Variations, an exhibit by Paul Bright

An exhibition centered on artist Paul Bright’s residence on the island of Comacina in the summer of 2018, which resulted in an artist’s book, [im]provvisorio. Beginning Jan. 19; entry to ZSR w/ WFU ID and by appointment: archives@wfu.edu

In the summer of 2018, I was awarded a residency on Comacina, the small (and only) island in Lake Como, Italy, by the Brera Academy of Art (Milan). I intentionally arrived with as few preconceptions as possible about the work to be made over his two-week stay. My stay coincided with a complicated period for me, and I felt the need to respond directly and “simply” to the place and what it offered.

With a perimeter of only a mile and a quarter, Comacina might be the most history-packed few acres of real estate in the world. At one time it held at least six religious edifices – convents, baptistries, churches, basilicas – as well as fortifications, dating from the late Roman period until 1169 when most of the structures were razed by invaders from Como, led by Barbarosa as retribution for the island’s alliance with Milan. In 1939, rationalist architect Pietro Lingeri built three houses on the island towards the realization of making the island an artists colony. The buildings featured the clean lines and simplified masses typical of modernist structures, but were constructed with local materials and incorporated elements reflecting the vernacular architecture of the region. One of Lingeri’s houses functions as the residence for Brera artists.

After settling in, I reflexively (and unsuccessfully) tried out some habitual art-making responses. During these initial days, me and my wife, artist Leigh Ann Hallberg, repeatedly made the 5 or 10 minute walk to a stony beach (Spiaggia CO162) on the north end of the island, scattering two opposed flocks of ducks and collecting rocks, shells and detritus, bringing them back to the house only because the material was interesting. (Almost all of my work as an artist has a basis in the found, and an approach which recognizes that the world offers enough material with which to work, and where the transformation -the “art part”- happens in the choosing, arrangement and composition of the found elements per se, more than in their alteration or mimesis.) I began improvising with arrangements of the objects, 2, 3, 4 or 5 items together, and realized the relationships were at least visually interesting. I started photographing these groupings against a paper backdrop, or more frequently, on a milk-glass table. Lacking a tripod, the images were all taken with a hand-held camera. After Leigh Ann suggested that the combination of two objects seemed most successful (and I concurred), many of the images had to be re-photographed due to motion blur. The groupings I was photographing were improvised and provisional; the objects were intuitively grouped, photographed and rearranged, to exhaustion. So the portmanteau English-Italian word im-provvisorio came to describe what I was up to; improvised images of provisional arrangements of found objects.

While settling on these pairings (often with minor variations between images of the same objects), I also visualized the final form in which I wanted to present the work; a “book” of 14 images (one for each day of my stay in the area). I thought about the look and concept of type specimen books and of printed “natural histories,” particularly how the natural history examples were usually depicted “not (at) actual size”; likewise, the scale of each of my book’s images to the objects I photographed varies considerably. The natural history images and type specimens are presented in the placeless space of the page, and I wanted the specifics of my images, the subtle colors and textures, the effects of lighting, to be similarly dislocated from an identifiable, quotidien context, regardless of how ordinary each object might be. For me, this approach encouraged a more metaphoric reading of the images, reflecting back what a viewer might bring to and project onto them, and allow the work to open up to a world beyond the literal fact of itself; in addition to but apart from just a visual record of the objects’ material presence.

When I returned home, I had selected the 14 photos to be cleaned up for printing (a tedious process removing color casts from the “placeless” backgrounds where several light sources had left their hues). I soon conceived of the book as a “hardcover without a front cover,” intentionally simple, direct, even “found” in feeling. I worked with a master digital printer, Arlington Weithers, to produce the images, and I’ve constructed each of the copies by hand, ultimately for an edition of 14.