by Tanya Zanish-Belcher on December 8, 2017 in Professional Development

The week after Thanksgiving, I was invited to speak at the International Council on Archives annual meeting in Mexico City, held jointly with the Asociación Latinoamericana de Archivos. The conference sessions were interesting (conducted in English, Spanish, and French with translation), and Mexico City was a fascinating and noisy mix of 22 million people, their cars, and beautiful architecture. 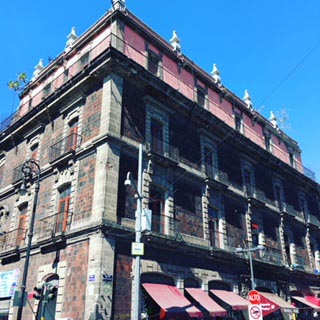 The conference itself was held at Unidad de Congresos, the Centro Medico Nacional Siglo XXI and the theme was Archives, Citizenship, and Interculturalism. There were participants from 83 countries including many from Latin America, Africa, and Asia. This was the first time ICA has been held in Latin America.

My presentation, as SAA President, focused on recent activities of the Society of American Archivists, in the areas of Advocacy, Diversity and Inclusion, and Membership. I also spoke about what I see as current challenges to the archives profession. From other sessions, I learned about archives projects going on around the world. The Truth and Reconciliation Commission of Canada is using archival records and oral history to document how indigenous children were forcibly removed from their homes and placed in state schools. They are collecting testimony and attempting to locate and repatriate undocumented burials. I also heard a presentation about swisspeace and the Archives and Dealing with the Past Project. Their goal is to preserve, secure and make accessible archives and records of past human rights violations by retaining security copies in safe locations.

On my last afternoon, I had the opportunity to tour the ruins of the Aztec capital Tenochtitlan in historic downtown Mexico City, which has long been on my bucket list. The ruins were only discovered in the 1970s, and it took over an hour to walk through the complex. It took another hour and a half to explore the adjoining Templo Mayor museum with 8 floors of artifacts and exhibits. 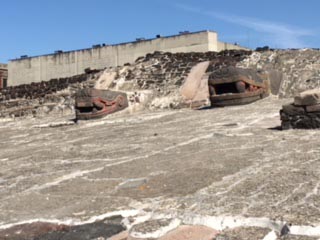 Finally, I was asked to meet with Dr. Mercedes de Vega, the current Archivist of Mexico and the President of the Asociación Latinoamericana de Archivos. She wanted to learn more about SAA and we discussed how we might build closer collaboration between our archives communities.

It was a short trip (only 3 hours from Atlanta), but well worth it.