by Mary Beth Lock on February 20, 2018 in Professional Development

ALA Midwinter 18 in Denver commenced just as a debilitating snowstorm was moving across the northern tier of states. While the storm didn’t impact our travel, (I was travelling with Susan and our path took us from GSO to Charlotte to Denver) it did have a significant impact to how I spent my time this midwinter conference, and how much time I spent leading sessions. I’m serving the second of two years on the board of SustainRT (the sustainability roundtable at ALA) as Member-at-Large. Since so many of the SustainRT leadership were coming through Chicago, New York or Detroit, most of those who were supposed to lead sessions we were sponsoring weren’t able to show up on time. As a result of that, I had to step in to lead three sessions instead of just one.  On Saturday, I acted as secretary for the SustainRT Board meeting. Beginning its 4th year, SustainRT is gaining ground and influence.  We have now over 500 members, and have had an increase in membership of over 114% in one year.  We attribute that to our low cost to join (just $10 annually), and the fact that we made student memberships free this year. In addition, sustainability writ large is a topic that is gaining strength across many industries including ours.  Sustainability is identified as the “sweet spot” between being socially impactful, economically viable, and environmentally responsible. Also discussed is the forthcoming Sustainability whitepaper on next steps to completing the goals set forth in the adoption of the Sustainability Resolution by ALA Council in 2014. This focused report, led by Rebekkah Smith Aldrich and Rene Tanner, will give ALA methods to create sustainable practices in the profession, in the association, and in individual libraries. 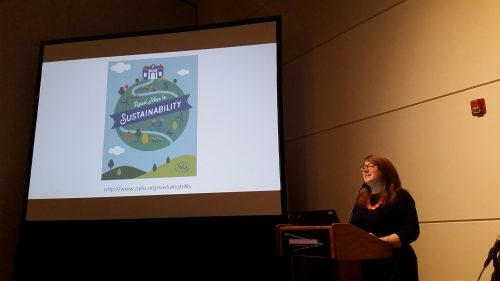 On Sunday, SustainRT had an “unconference” style session in which the president of ALA, Jim Neal wanted us to gather the thoughts of our roundtable on the question “how can ALA support libraries undergoing crisis due to climate change.” Since so many libraries have been negatively impacted from weather events, (ex: flood, fire, hurricane, mudslides) this topic is timely.  Our session generated a number of fruitful ideas that we will bring forward to Jim Neal. One idea was to create a series like the Scholarly Communications Roadshow that can go to various libraries and identify their own climate change danger index, and ways to mitigate and prepare for what might result. (We’d call ourselves the Climate Avengers.)

On Monday the session I led for SustainRT was a part of the “Symposium on the Future of Libraries” series. This “conference within a conference” runs throughout the larger ALA conference and highlights those sessions that are most future focused. Our presentation “Sustainable Solutions for Libraries and Communities” included four presenters who told about their efforts at infusing sustainable principles in libraries.  All very different takes on the very central to the tenets of Sustainability. Joe Mochnik discussed promoting solar panels on a campus in North Dakota, Amy Brunvand discussed ways to incorporate sustainable principles in a civics curriculum, Rebekkah Smith Aldrich discussed a “Sustainable Library Certificate Program” in New York state, and Ben Rawlins presented on increasing adoption of OER (Online Educational Resources) on SUNY Geneseo. A day after we came back from ALA, ACRL announced the recipients of the ACRL Excellence in Academic Libraries award, and the Milne Library at SUNY Geneseo won for Academic Library of the Year at the College Level for their OER work! 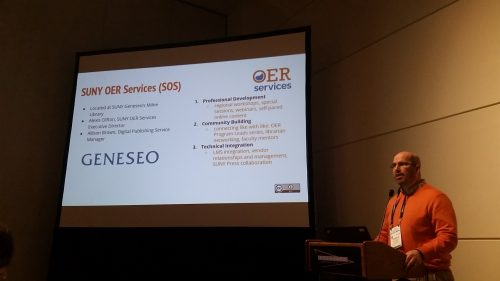 During my weekend in Denver, I attended sessions on diversity and inclusion, and spent time at the Wanda Brown for ALA president table. I also walked the exhibit floor and found a beautiful new gate for our new entrance, a way to provide for even more flexible delivery of electricity, and picked up many books and pens. 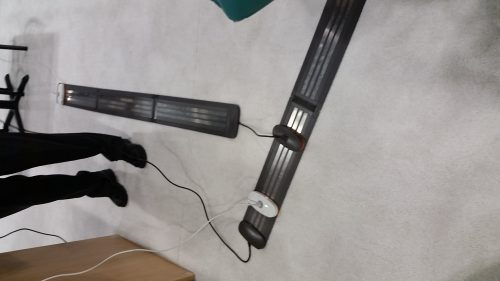 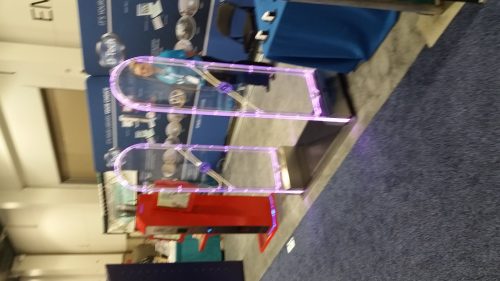 It was a busy conference, topped off with a closing keynote from Bill Nye who was delightful and discussed his new children’s book series, Jack and the Geniuses. My tweets tell a little about what he discussed.  My favorite quotes: “Being anti-science isn’t sustainable.” and “Prepare for 2020, but don’t forget about 2018!” 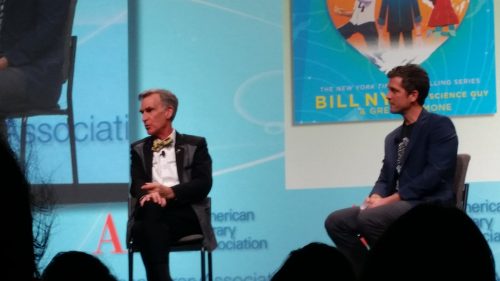