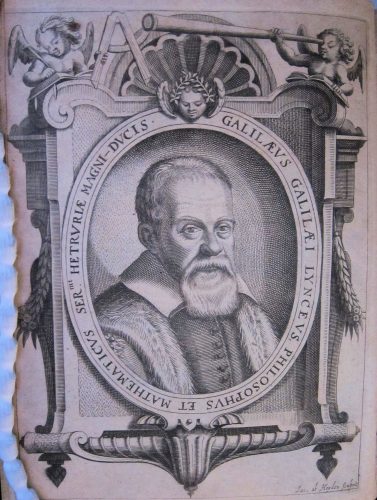 Galileo’s Dialogue Concerning the Two Chief World Systems was a game-changer in the 17th century scientific revolution. The library’s copy is from the 1635 Latin edition, which made Galileo’s astronomical research—in particular his evidence for a Copernican heliocentric solar system—accessible to all literate Europeans. Galileo was placed under house arrest by the pope after its publication, but his ideas took hold and changed the way humans viewed their place in the universe.

—Learn more in our blog ›