“What is the first law for all art? What answer would a great sculptor or a great painter make? I think simply this: ‘Look at Nature, study Nature, understand Nature– and then try to express Nature.’ … The dance is an art like these others, and it also must find its beginning in this great first principle: study Nature.” — Isadora Duncan, The Art of the Dance.

Isadora Duncan was the toast of Paris in the early years of the 20th century. Reacting against the classical ballet tradition of the day, Duncan believed that “the dance should simply be. . . the natural gravitation of the will of the individual, which in the end is no more nor less than a human translation of the gravitation of the universe.” Many artists were inspired by her dance of nature, but Duncan herself was not always happy with their attempts to capture movement in two dimensions. The pastel studies by artist Jules Grandjouan, however, met with Duncan’s approval. In 1912 Duncan’s lover Paris Eugene Singer (heir to the sewing machine fortune) paid for the publication of an edition de luxe of Grandjouan’s drawings. 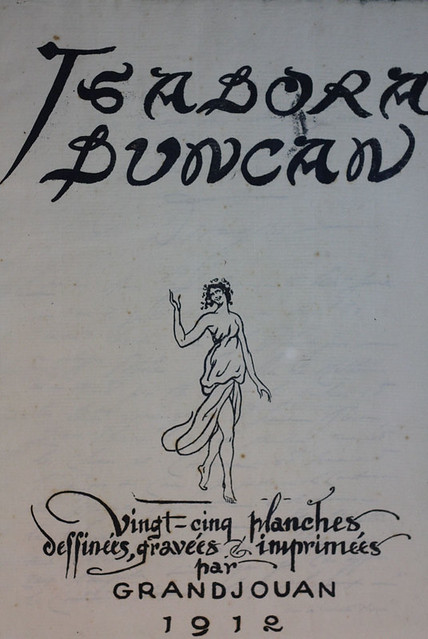 Isadora Duncan: Vingt-cinq Planches dessinees, gravee & imprimees par Grandjouan was privately printed in Paris in an edition of only 50 copies. The silkscreen reproductions of Grandjouan’s pastel drawings are printed on various colored papers.

The introduction to the volume is a facsimile manuscript in Duncan’s own hand. 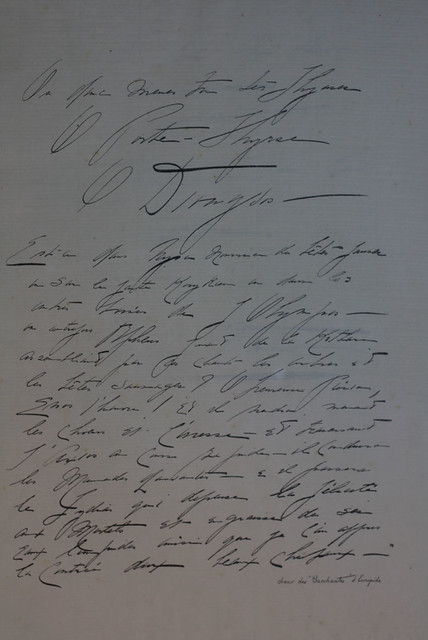 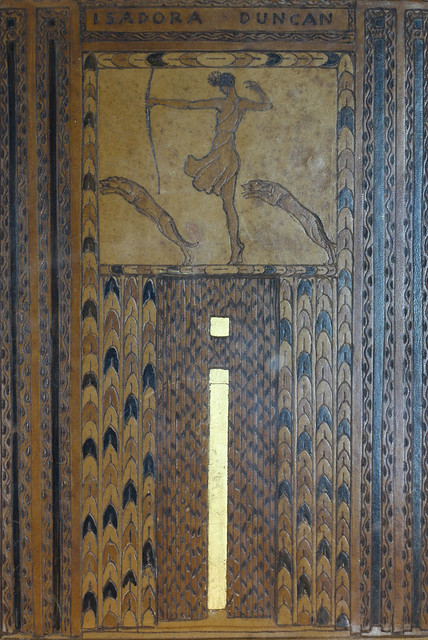 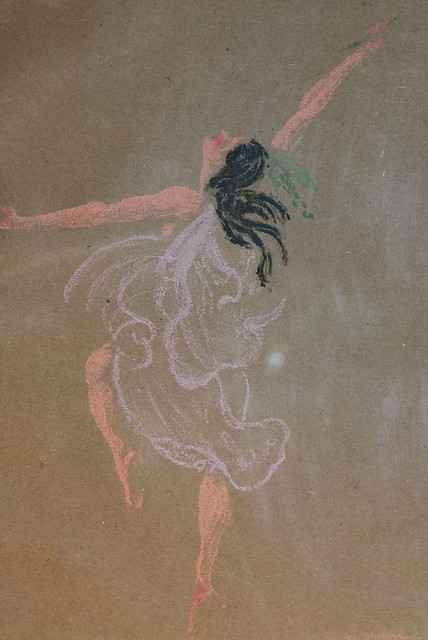 “All the conscious art of mankind has grown out of the discovery of the natural beauty of the human body. Men tried to reproduce it in sand or on a wall, and painting thus was born. From our understanding of the harmonies and proportions of the members of the body sprang architecture. From the wish to glorify the body sculpture was created.”– Isadora Duncan, “Movement is Life” 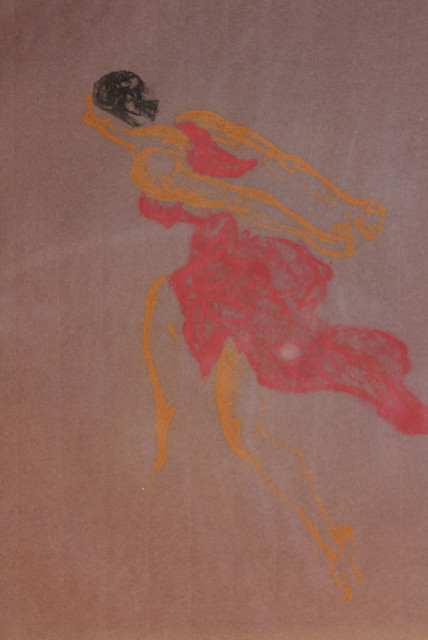 This volume was purchased by Special Collections in 1994. It is part of a small but important Isadora Duncan collection at Wake Forest. Some other works in the collection include: