by Rebecca Petersen May on March 26, 2014 in ABCs of Special Collections 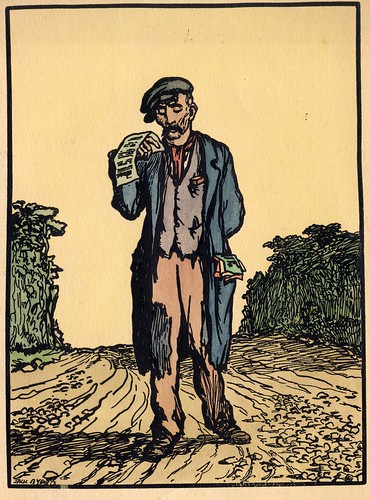 Founded in 1951 by Liam Miller and his wife Josephine Brown, the press operated in Dublin until Miller’s death in 1987. It was founded as a way to provide a publishing outlet for Irish poetry. It heavily featured the work of Irish artists. The scope of the press grew to include prose literature by Irish authors as well as a broad range of critical works about Irish literature and theater.

The founder, Liam Miller, was born April 24, 1924 in Mountrath, Ireland. He was educated in Ireland at Ballyfin College and University College Dublin, where he studied architecture.  In addition to his role with the Dolmen Press, Miller was very active in the Dublin community. An avid philatelist, he served for many years on the Irish Department of Posts and Telegraphs’ Philatelic Advisory Committee. Passionate about live theater, Miller helped revive the Abbey Theatre and the Abbey’s Peacock Theatre. He became director of the Lantern Theatre, and frequently used his architectural skills to design and create sets for the Lantern’s productions. An authority on Yeats and Irish theater, he wrote and spoke frequently on these topics. 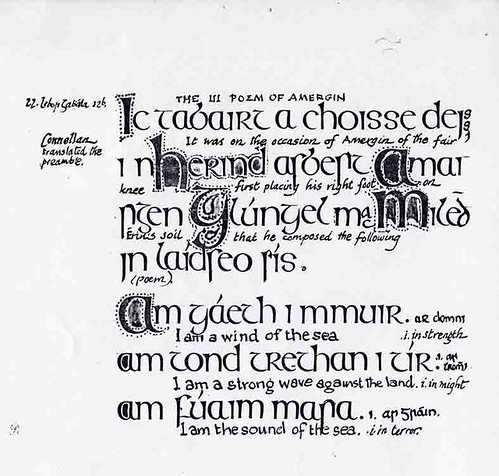 This collection consists of information relating to the publications and printing jobs of the Dolmen Press, the administrative and financial documents of its operation, and the design work and personal papers of Liam Miller. For more on the Dolmen Press and its founder, Liam Miller, check out the Dolmen Press finding aid and visit the Special Collections and Archives research room for a more in depth look at the this extensive collection.

In the late 19th century, colorful cigarette cards were an ideal way to advertise the use of tobacco, an increasingly popular and widespread diversion in the U.S. The earliest cards using single images dated from 1877. Over time as popularity escalated, series of images were produced to promote the sale of cards to collectors and traders. Cartophily, or the hobby of collecting cards, was born. 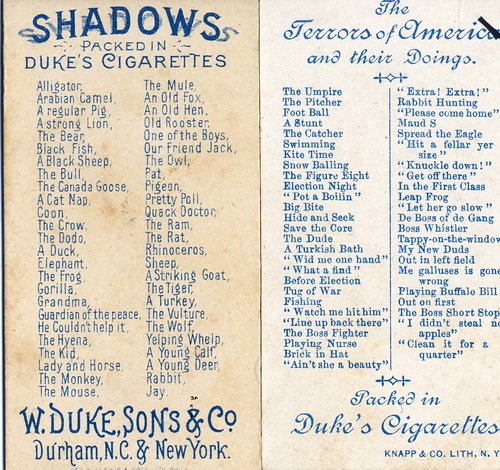 The early success of cigarette cards led many companies to adopt this new advertising method. Subjects ranged from U.S. Presidents to cowboys to baseball. With the use of color lithography and mechanized printing, mass production of the cards was possible. The digital images in this collection represent cigarette cards dating from 1888. One series, “Terrors of America,” depicts young boys in various pursuits. Another series, “Shadows,” depicts a variety of people with caricatures in their shadows. The cards were issued as advertisement for Duke Brothers and Company, Durham, N.C., and packed in Duke’s cigarettes. For more information on these cigarette cards see the finding aid for the Duke Tobacco Company Cigarette Cards and visit the Special Collections and Archives research room to view them. 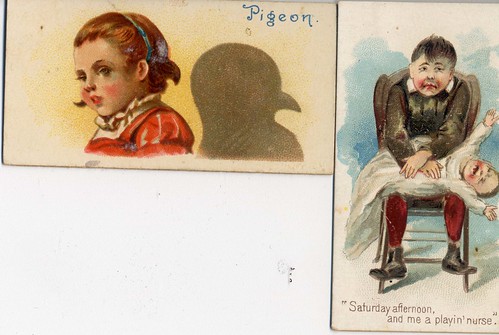 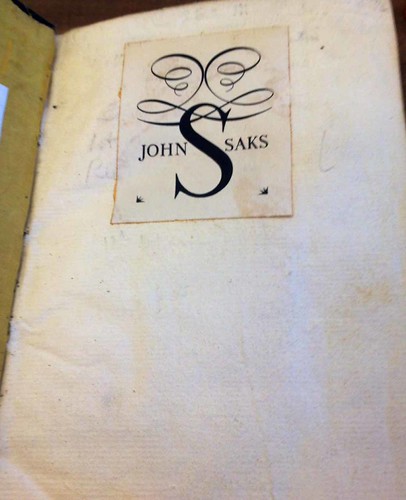 Dante Alighieri (1265-1321) or simply known as Dante, was a major Italian poet. He is known for his work The Divine Comedy and is known as il Sommo Poeta (The Supreme Poet) in Italy and is considered the Father of the Italian Language. The rare books collection’s copy of Le terze rime di Dante was published in 1502 in Italian. It was published in Venice by Aldus Manutius or Aldo Manuzio, who founded the Aldine Press. It’s the first small format edition of Dante, all earlier editions are in folio. This copy has bookplates of John Ruskin, F. Hayward Joyce, and John Saks and the label of William Salloch on back free endpaper. To look at and see more of Dante’s works please visit the Special Collections and Archives research room. You can learn more about Dante, Minutius, and Aldine Press by reading a post by Megan from last year. 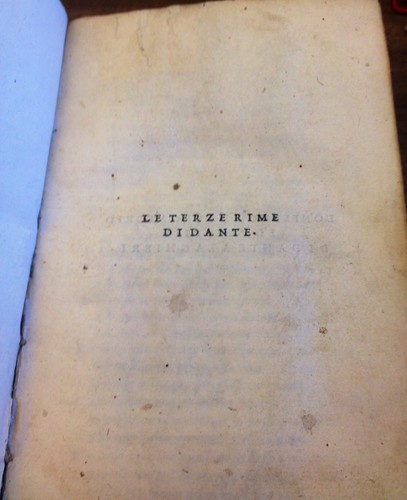 Get ecstatic for E…

4 Comments on ‘The ABCs of Special Collections and Archives: D is for…’