by Rebecca Petersen May on May 7, 2014 in ABCs of Special Collections

This document, dated Aug. 16, 1779, is apparently an order to Edmond Gamble, Assistant Commissary, to take charge of the provisions for the Continental troops during the American Revolution. He was apparently commissioned by Governor Caswell of North Carolina, and served to the end of the war. 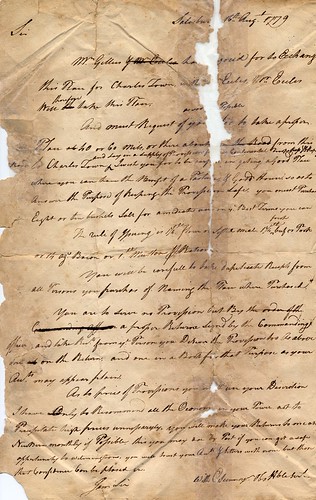 To see this interesting piece of history, view the finding aid and then visit Special Collections and Archives to get a firsthand look.

Ernest Wilson Glass is an alumnus of Wake Forest College, class of 1944. He later served as pastor of many North Carolina Baptist churches. 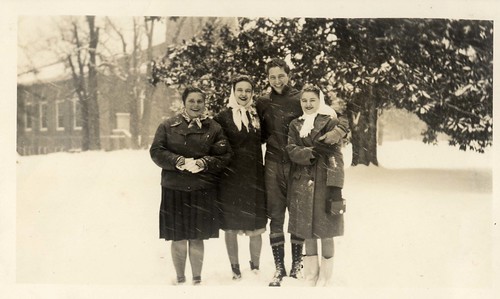 These photographs were taken by Glass and others on the Wake Forest College campus in Wake Forest, North Carolina from 1942 to 1944, while he was a student. The snapshots are of male and female friends, the Woman’s Army Corps of the Army Finance School marching on Gore Field, his Greek Class, and Professor Thane McDonald. The collection includes black and white photographic prints and negatives. To see what else is in the collection check out the finding aid for the Ernest W. Photograph Collection. 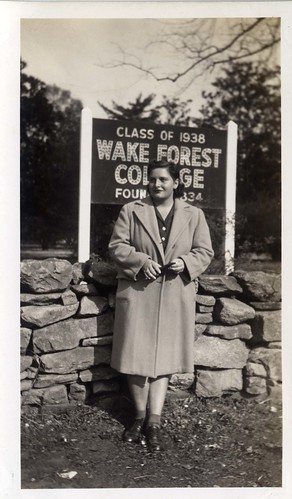 And E is for… Evelyn P. Foote Papers

Evelyn Patricia “Pat” Foote served as an officer in the United States Army for 30 years, rising to the rank of Brigadier General. Her career is marked by several “firsts” for female Army officers, and she is considered an expert in issues affecting American women in military service.

This collection consist primarily of correspondence, newsletters, speech notes, clippings, photographs, certificates, and official Army orders, reports, and personnel records. The materials in the collection document Foote’s career in the Army from 1959 to 1989 as well as her numerous speaking engagements, participation in organizations, and attendance at conferences regarding women in the military through 1998. It also documents her participation in the creating of the World War II Memorial in Washington D.C.; and her involvement in various presidential campaigns. To find out more about this interesting collection, look through the finding aid for Evelyn P. Foote Papers.

Get fanatic about F…

1 Comment on ‘The ABCs of Special Collections and Archives: E is for…’