by Rebecca Petersen May on July 10, 2014 in ABCs of Special Collections

By far though, Gaines was most well-known for his oratory skills. His files in Special Collections & Archives hold many invitations and letters from other universities, companies, churches and local North Carolina schools who wished for Dr. Gaines to speak at one of their events.

As well respected as Gaines was, he did receive contention among students and Wake Forest faculty when he attempted to limit who was able to attend Wake Forest University. By 1930, President Gaines resigned as President from Wake Forest University and went on to take the position as President at Washington and Lee University in Virginia where he would remain until his retirement in 1959. Letters sent and received and personal notes can be found in Dr. Gaines collection in Special Collections & Archives. Take a look at the finding aid for Francis Pendleton Gaines Papers to see all of the types of materials in these holdings.

The French Broad Baptist Association consists of 58 churches that formed a coalition at the end of the 18th century.  The association came about when Baptists from eastern settlements were moving towards the Great Appalachian Valley to avoid persecution from William Tyron, the Royal Governor of North Carolina. Tyron’s persecution, destruction of land and the act of taking prisoners was due to Baptists continued defiance of the marriage act that claimed only Anglican Clergymen could perform marriages. Once the Baptist fugitives were settled in the Mountains of North Carolina, they began to establish French Broad Baptist church, with the first being enacted on November 6, 1780. However, it was not until 1807 that The French Broad Association and the Broad River Association joined forces to become one French Broad Baptist Association. 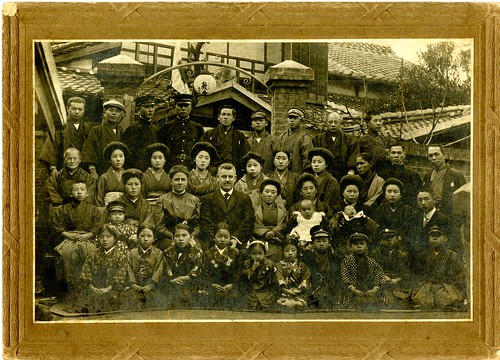 Foy Johnson Willingham Farmer was a prominent figure in the Baptist association. She was the representative for the Southern Baptist convention missionary to Japan in 1911 to 1921. She was also a trustee of Meredith College, an all-girls institution in Raleigh, North Carolina and a leader in the North Carolina and Southern Baptist Convention Woman’s Missionary Union. Being a part of the Executive Council, Farmer carried out the purpose of the missionary study: to help women and young people find joy in learning about people of all races, to discover the prevailing dearth of the Gospel and to create a desire to share this Gospel, and to pray and give sacrificially that the whole would may know Christ our savior. Other additional information on the Woman’s Missionary Union can be found in the WMU Executive Council Pamphlet (1954) found in Farmer’s files in Special Collections & Archives.

In addition to WMU archives, Farmer’s collection consists of: pictures of her husband, Calder Truehart Willingham, financial documents, literary productions, Japanese publications, prayer books, personal files and Japanese artifacts such as paper lanterns. Be sure to read through the finding aid for this fascinating collection!

Get Giddy for G…

2 Comments on ‘The ABCs of Special Collections and Archives : F is for…’