by Craig Fansler on March 3, 2016 in Preservation 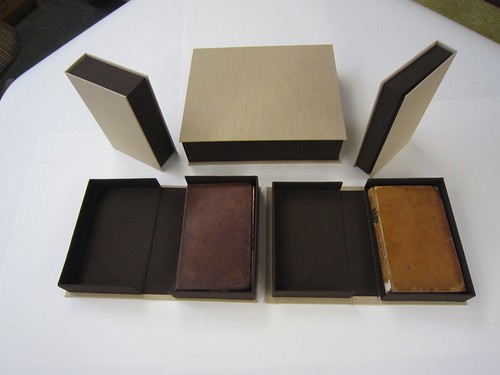 In October, 2015, I attended a Clamshell Box-making workshop at Cat Tail Bindery in Winchester, Virginia. The workshop was excellent and immediately useful. When I returned, Tanya gave me six books that once belonged to Samuel Wait and asked me to make boxes for them.

This provided a great opportunity to go over what I had learned in the workshop and practice the technique. 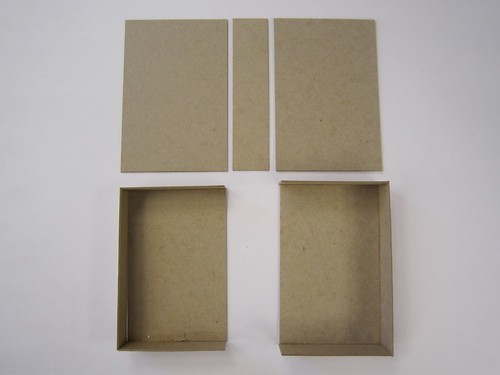 When making a clamshell box, the first process is to make a tray to hold the book itself. This is followed by making a second tray that fits neatly around the tray holding the book. These two trays make a clamshell which covers the entire book and also neatly slides open and closed. After both trays are constructed, a case is made to which each of the trays will be attached. The case is almost identical to the case (or cover) of a book. The case is is then covered with book cloth. After both trays and the case is covered with book cloth, the trays are glued to the case and the clamshell box is complete. 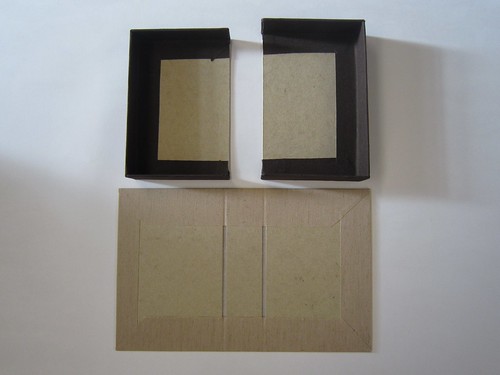 These clamshell boxes with the books belonging to Samuel Wait are now housed in Special Collections and Archives. 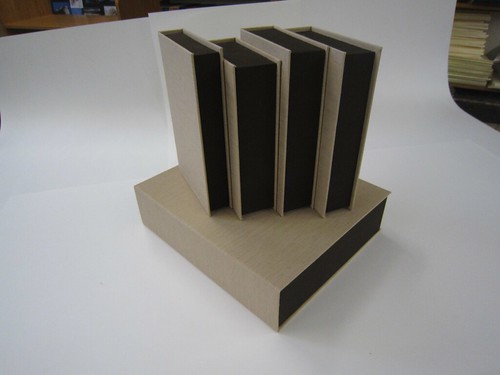