by Tanya Zanish-Belcher on January 30, 2018 in Special Collections & Archives

In November, Special Collections & Archives (SCA) was notified it was one of 16 recipients of a Council on Library and Information Resources (CLIR) Recordings at Risk Grant.

CLIR will provide $50,000 for “Documenting the Evangelical Movement in the United States: Digitizing Baptist State Convention of North Carolina Open-Reel Audiotapes, 1957-1980.” George Blood LP (Philadelphia) will reformat and digitize approximately 1,500 at-risk and rare open-reel audio recordings for SCA. The open-reel tapes document the American evangelical movement and contain presentations by prominent Southern Baptist pastors and church representatives at evangelical conferences and annual meetings of the Convention. The speakers and programs on the tapes document the denomination’s activities and subjects of discussion, ranging from Baptist theology to larger cultural and societal issues. This project will result in long-term preservation and digital storage for these tapes and broad access to the content through the WFU North Carolina Baptist Portal currently under development. Once completed, an active outreach program will focus on demonstrating how historians, researchers and religious scholars can use these records in their research and teaching. 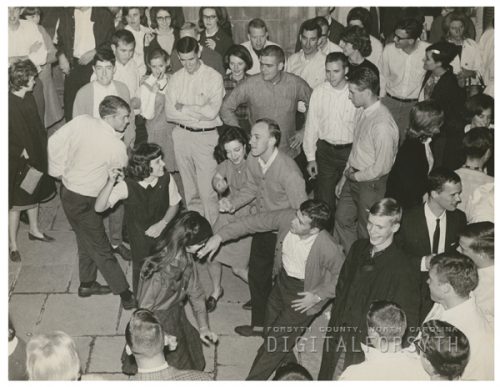 The insight this primary source material provides for the American evangelical movement through four decades is invaluable on many levels. The speakers include prominent Southern Baptist leaders, including such notables as Kenneth Chafin, Billy Graham, Dale Moody, Wayne Oates and Stephen Olford. The subjects range widely, from internal Baptist concerns relating to dancing at Baptist colleges and baptism, the role of the church in an increasingly liberal society, missionaries working abroad, political involvement and the role of women. Historians, researchers, scholars and students, whether focusing on culture, the evangelical movement, gender or religion, will gain new perspectives and understanding by having access to these previously unavailable materials.