by Christian Burris on June 27, 2010 in Professional Development

This year, NASIG celebrated its 25th anniversary at its conference in Palm Springs, California. Since I was not part of the conference planning committee, I was able to be an “attendee” once again and learn more about the latest challenges for serials and other continuing resources. These are the highlights for the sessions I attended on the first day.

With linked data becoming the latest trend in computing, I was glad that I attended Erik‘s session before going to the conference! Linked data allows users to pull information that had been previously inaccessible on the “front end” of websites and makes it available for users to connect it to other data points across the Internet. Miller went further to explain that this does not involve bringing this data together into one database: rather, applications and similar programs would manipulate the data without harvesting it locally.

Where does this leave libraries? Miller suggested that libraries can participate by contributing their expertise in specific areas such as controlled vocabulary and data portability. Sites such as the BBC and The New York Times have made their information available to users on the back end, but creating standards for that data would be the next possible step. As with so many other emerging technologies, libraries may have an advantage in bringing eventual order to the initial chaos.

Strategy Session- Not for the Faint of Heart! A New Approach to “Serials” Management

This session was presented by two members of OCLC about developing new approaches to managing the workflows required to serials in electronic format. Working as a partner with several libraries, OCLC has begun to develop a user-driven product that can respond to the specific needs of a particular institution. Core portions of the electronic management workflow have been outlined already: selecting and ordering, negotiation and licensing, receiving and maintenance, and payment and invoicing. Combining these with several “pain points” that can create potential bottlenecks in the workflow, OCLC hopes to aid libraries by making this process as routine and painless as possible.

The results for this study by OCLC are expected to be released later this year, and the presenters sought feedback from the audience as to any information that they may have missed. Although the title and description of this presentation did not correspond with what was presented, it was interesting nonetheless. It demonstrated that others are attempting the grapple with the issues associated with the concerns of electronic serials management.

UCLA relies heavily on printed course readers that supplement the textbooks that students are required to purchase for their classes. In 2008, several student organizations approached the library about how to reduce the costs for these readers, which were usually assembled using articles and other materials that had been licensed by the library. Two librarians approached this dilemma by examining every aspect of a course pack, from the license negotiations for journals all the way to the costs of with the campus copy center. As a result, the library was able to reduce the costs for the readers by as much as $42,000 over three quarters (depending on the discipline, emphasis on journals over monographs, and so forth) as well as hundreds of dollars in copying fees. In the end, the library was not only able to gain more from its license negotiations, but it was able to leverage its campus connections to create successful partnerships with student organizations.

Moving forward, the librarians considered other possibilities: developing potential partnerships with the bookstore, analyzing the pros and cons of an annual license with the Copyright Clearance Center, assessing whether the potential risk of fair use would be viable and sustainable, examining other options such as the public domain and Creative Commons, and support for license portals. The question of developing electronic course readers that could be placed behind course management software has also emerged, and that may reduce costs further. By successfully marketing this program through student organizations, its continued growth and success seems assured. This library service can be progressive as the licensing process will evolve in the coming years.

Subscription agents have long served an essential function in serials management, serving as intermediaries between libraries and publishers. However, there are areas around the world where subscription agents neither have a significant presence nor a relationship with the local publishers. This is where non-agents can play a role. Non-agents function as either for-profit or non-profit entities that work between libraries and publishing agencies- particularly society presses and small agencies- in foreign countries. The cost of their business is not passed to libraries, and the invoices for purchased items come directly from those publishers.

This is a business model of which I was unaware before the conference. As the curriculum of the university continues to build an international focus, the usefulness of these non-agents becomes clear. I believe that it could have possibilities for subscriptions that cannot be secured by any other method, and it could have a similar benefit for monographs. Two organizations that serve in this capacity are Accucoms and FASEB.

Here is a photo taken from the flight on the way to Palm Springs. More to come in Day 2! 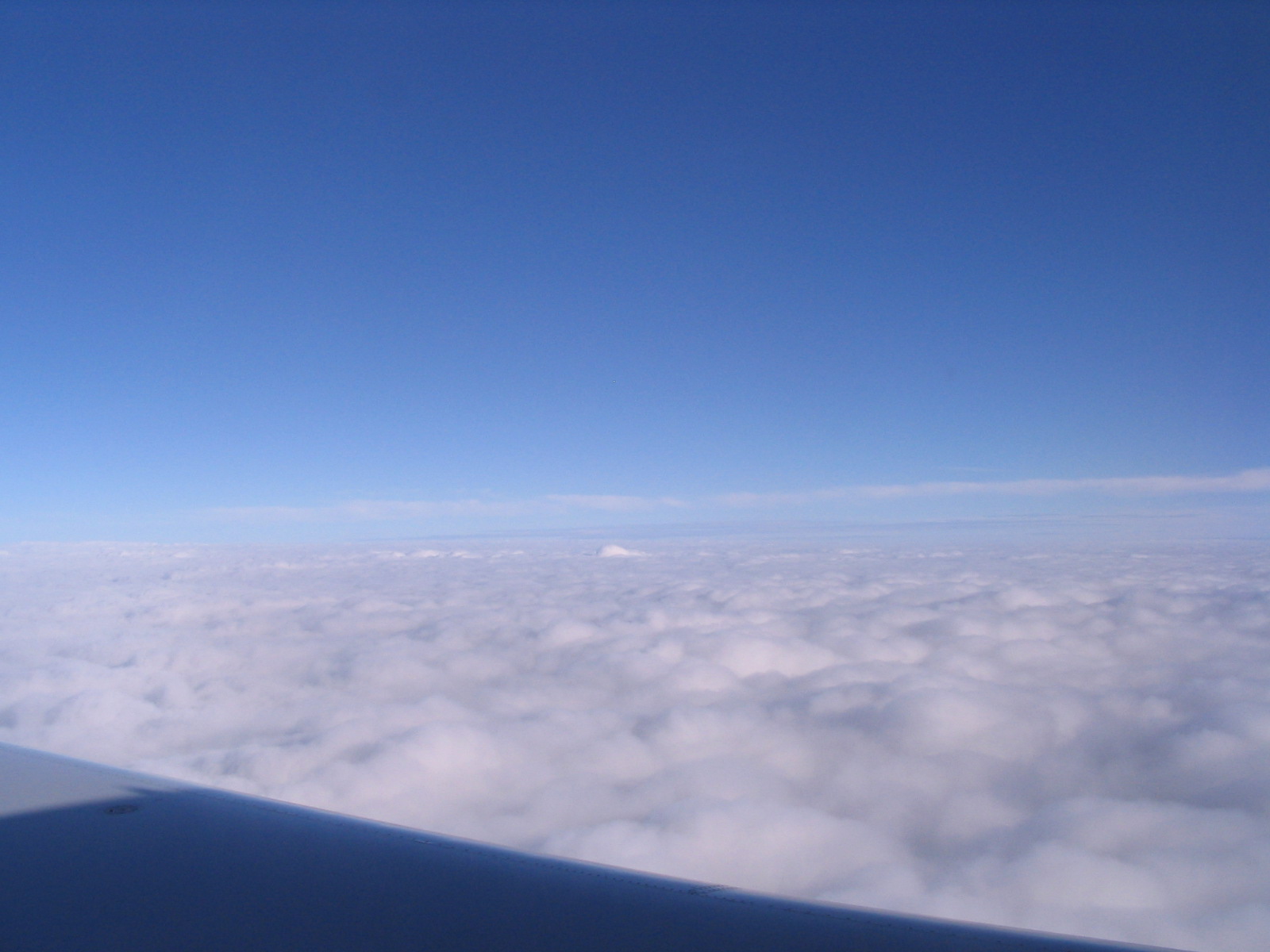