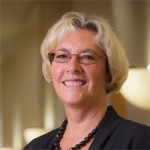 by Lynn Sutton on June 21, 2015 in Professional Development

I am taking a dose of my own tardy-reporting medicine and giving an account of last month’s ASERL membership meeting. It was my last ASERL meeting, so as with everything lately, it felt a little bittersweet…

After the early morning Executive Board meeting, I took an optional tour of the new Steelcase showroom in Atlanta. Steelcase is the real deal. Others have copied their designs and offer similar products cheaper, but for the most part, Steelcase did the original research and their products are highly functional, well made, and creative. The first order of business at the actual meeting was to consider the membership criteria for ASERL. After healthy discussion, as past-president I made a motion to adopt changes to the criteria that would prevent long-standing members from being removed from ASERL due to several years of severe budget cuts and to establish a two year moratorium on accepting new members while the new criteria are being evaluated. That is quite a change for ASERL, but should help with stability.

The most dynamic session of the meeting was from Mark Becker, President of Georgia State University, who gave an inspiring talk on his vision of a pathway to student success for every GSU student, based on learning analytics and early intervention. He is an outstanding leader in public higher education and I predict Georgia State will not be his last institution.

Bonnie MacEwan from Auburn presented results of an ARL/ASERL survey on library security practices and Julia Zimmerman from Florida State gave an inside look at the horrific shooting at her library last fall. FSU was well-trained on active shooter scenarios, which may have prevented the mayhem from being worse. It reminded me how thankful we are that the ZSR Safety and Security Committee keeps us alert and provides the helpful training that we just received at the June staff meeting.

The final session was on inter-relationships between ASERL libraries and university presses. Georgia, Duke, Tennessee and George Mason all described their individual situations, which were markedly different from each other and also from our own experience with the WFU University Press. George Mason had more similarities to Bill’s Digital Publishing unit, which was good to see.

In the news and announcements section, the group that is investigating new integrated library systems said that they are coming close to decisions. ZSR may wish to consider this under the new dean.

I also attended a gathering of Atlanta alums and parents and made several new friends for ZSR. They really do love their Demon Deacons in Atlanta!

3 Comments on ‘ASERL membership meeting, May 2015’