by Thomas Dowling on July 6, 2016 in Professional Development

ALA Annual marked the end of my year as president of LITA, which was a rewarding experience, even if it did lead to a number of Thomas @ ALA posts that were almost entirely about process and policy.

And this is another of them (lucky you!).

TANSTAAFL: There Ain’t No Such Thing as a Free Lunch (or breakfast or dinner). You’d better believe it: I had one of each this trip. ALA for me started a day earlier than normal because the presidents and vice presidents of ALA and the separate divisions held a Thursday night meeting (free dinner!) to discuss ALA’s divisional structure, potential restructuring as membership numbers continue to shrink, and what the future holds for all professional membership organizations (it isn’t just us, it isn’t just a trend – it’s the new normal. ALA reported a May-to-May bump in members, but that’s largely from a one-time influx of library donors). A very informal group was given permission to think completely outside the box, stir up hornets’ nests, and rip off 25-year old bandaids to consider how ALA might be structured in the future to maintain and strengthen its place in the information world’s landscape. There’s interesting potential there, so we’ll see what happens.

My free lunch on Saturday was with my cohort – all the presidents in the same year as me. This was partly a debriefing on our presidential years, partly a strategy discussion, partly a check in on the first year of ALA’s “Libraries Transform” initiative.

And Sunday was the divisional presidents breakfast (at 7:30). Don’t be fooled by the name – at least five people from every division attend along with core ALA staff. All told, it’s about a 55-person meeting that, again, focused on strategy and making membership more attractive and useful to a generation of librarians that are increasingly being pulled elsewhere.

Those non-free meals aside, I spent my time chairing two LITA Governing Board meetings, largely focused on our own early work on a new strategic plan; meeting with LITA committee chairs and with the LITA 50th Anniversary Task Force, and waving the presidential flag at a few other LITA events.

My one actual “Why we go to conference in the first place” moment was hosting the LITA awards ceremony and president’s program. I had the pleasure to introduce Safiya Noble, who gave an illuminating and quite moving talk about the subjective aspects of search engine algorithms and how they disenfranchise and delegitimize at-risk communities. Dr. Noble referenced her own work from 2013, noting that a Google search for “Black girls” returned almost entirely pornography; more recent examples included a search for “Unprofessional hair” that returned images of African-American women; and an example from just last month on the stark differences between searching “three black teenagers” and “three white teenagers”. It’s worth noting that Google tends to tweak their algorithms to improve search results when incidents like these go public, but that might just prove that it’s a fixable (and ultimately preventable) problem. While Google and other search engines apply algorithms to raw web content, this meshes very closely with the growing awareness among librarians that the naming and description of things that are intrinsic to cataloging are not objective and neutral.

So that was my conference. And can I just say, this is the only Orlando I want to see again for a long, long time. 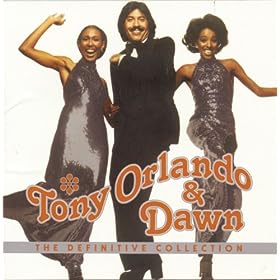 2 Comments on ‘TANSTAAFL: Thomas @ ALA’