by Jeff Eller on July 19, 2018 in Professional Development

This post is on the late side, but there are good-ish reasons for that. I vacationed! Then I was sick! Yet I am embarrassed about my tardiness. Having a family and a body are insufficient excuses for professional negligence.

I lived in New Orleans for seven years prior to joining the team at ZSR, so ALA Annual 2018 represented something like a homecoming for me. I became a professional librarian in New Orleans; I met my wife there, and married her there. Yet this was my first conference in the city, and it was fun staying downtown for a few days with my trusty conference roommate, Steve. 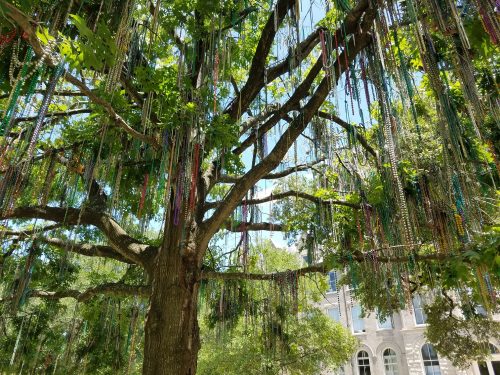 At “OCLC Linked Data Roundtable: Stories from the Front,” Jeremy Myntti from the University of Utah talked about the Western Name Authority File project, in which several libraries in the Mountain West Digital Library (MWDL) network are collaborating on a regionally-based authority control project. Their goal, having gathered over 60,000 authority records from their respective digital repositories, is to reconcile metadata on the individuals represented. As of June, they had identified over 2,300 names not currently present in LC’s Name Authority File and reconciled metadata (spellings, middle initials, death dates, etc.) for numerous persons. While the grant-funded project has involved a lot of manual labor (performed largely by students), Mr. Myntti is hopeful that this project might serve as a model for other regionally-based authority control initiatives as we move toward a linked data future in which authority metadata will be so important.

On Sunday morning, I presented the speakers and moderated the Q&A at the session I organized as chair of the ALCTS AS Organization & Management Committee: “System Migrations from an Acquisitions Perspective.” Bonnie Parks from the University of Portland presented on her library’s and the Orbis Cascade Alliance’s migration to Alma. She discussed some decisions they made, such as how many years’ worth of order records to migrate and how many vendors to purge. Beth Bernhardt from UNCG then spoke about her library’s adoption of OCLC’s WorldShare Management Services (WMS) system. Frustrations included an inability to manipulate metadata locally; this seems to be a common complaint among WMS libraries. Finally, John Ballestro from Texas A&M talked about his library’s adoption of FOLIO, the open-source system being developed with EBSCO’s backing and input. It’s still very early in the going, and I’ll be interested to hear how things develop over the next year.

At “Government Information for a Cynical Public,” presenters discussed the crucial importance of reliable government information to the public. As data disappears from various departments’ webpages, citizens lose not only access to data but faith in the information that remains; if the information remaining was cherry-picked for political purposes, why trust it at all? Meanwhile the scientific community relies to a huge degree on the federal government to finance and publish research. The idea that inconvenient findings may be simply removed from websites is, well, scary. On a positive note, presenter Yasmin Sokkar Harker from CUNY School of Law perceives an increased number of law students enrolling with a desire to effect civic justice. Having worked at law libraries for several years, I was glad to hear this, and even a little proud. 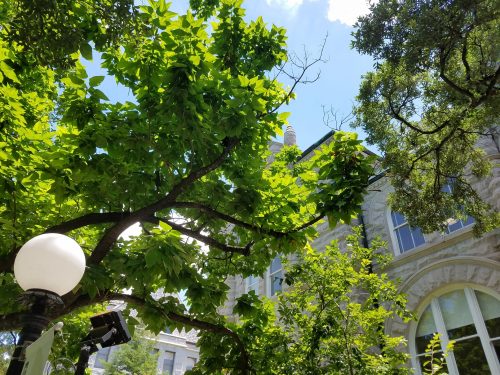 After the conference ended, I took a time-traveling streetcar uptown, checked into a bed and breakfast in the area where I used to live, visited my old library at Tulane, and finally received my family at the airport that evening. We spent the next few days enjoying what is probably my favorite city. (Its only serious competition is Seattle, where Midwinter is to be held next year.) I was happy to learn that an orange lantana I planted in front of the shotgun double where we last lived is still there. The 1908 British penny that I found digging that hole sits on my work windowsill today. It was a fair exchange.