Almost always, the object itself requires me to customize the enclosure I make for it. The size, shape, fragility or potential use all come into play. This post highlights a few recent enclosures I’ve made and are still working on……………….from home.

The size and shape definitely were considered for this football, generously donated by Jodi Tate, daughter of WFU football coach Bill Tate (1964-1968). 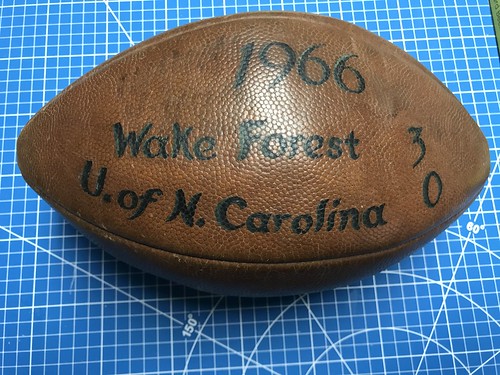 I made a draft version of a box to hold the football, which I used to make it fit properly. This is a flattened, measured and trimmed version of what I used to fold the box into shape. 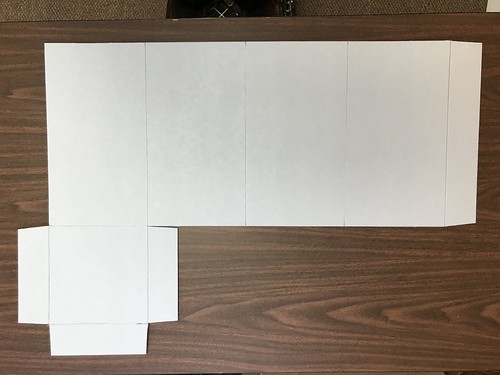 Once it was folded and glued together, I also made a lid. 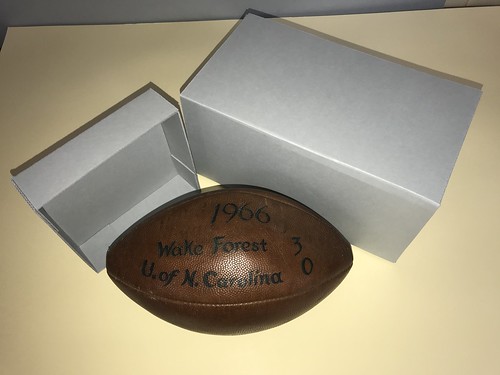 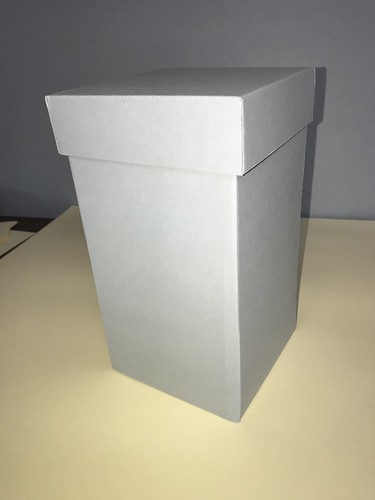 I received a group of extremely fragile newspapers, The Asheville Baptist. These were from 1889, and very fragile. Many of the individual sheets had already sheared apart on the folds. I needed to make it possible for these to be digitized. I did not feel I should do anything to try to re-attach or strengthen these delicate sheets of newsprint. I couldn’t do that to them. I decided to place each page inside a mylar sandwich, without any tape or anything else to keep the sheets together. Mylar has a little static charge, and this alone would hold the sheet inside. 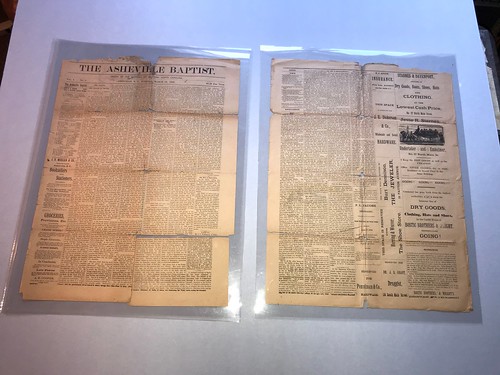 In addition, for each edition of the paper, I made an “L” envelope to hold the mylar sandwich. I am hoping this method will succeed in making digitization possible and preserve these papers. 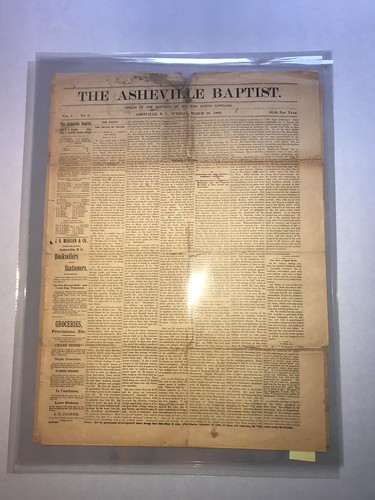 I am working on a large clamshell box (unfinished) for a scrapbook of presidential signatures. I’m working blind on this box because I haven’t got the object to work with-just measurements. A clamshell box has two trays which hold the book inside and fit together smoothly. The trays are then glued inside a case. I’ve made many of these boxes, but none this large. I ordered a very thick bookboard and cut the pieces for the trays and the case on my table saw. I taped the pieces together to make sure they would fit properly. 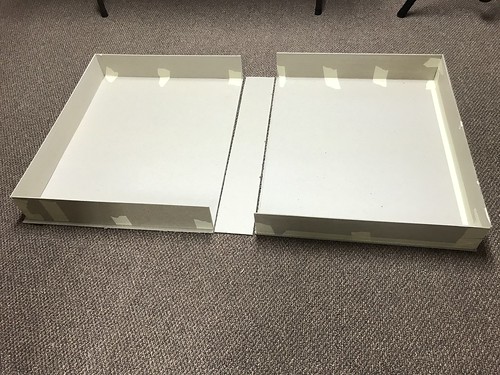 I covered the trays with bookcloth and dried the adhesive under a weight. 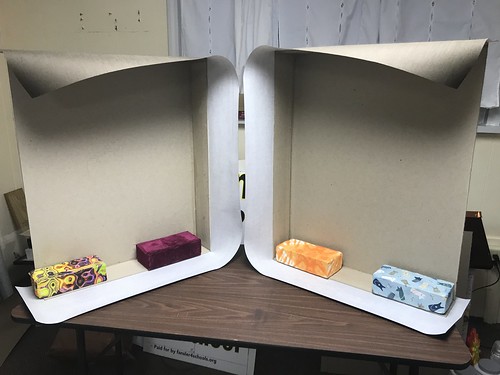 The book cloth must then be trimmed and glued down to the trays. This is a slow process which only allows a small amount of the excess bookcloth to remain and be glued on the trays-this reduces bulk and makes the trays fit well. 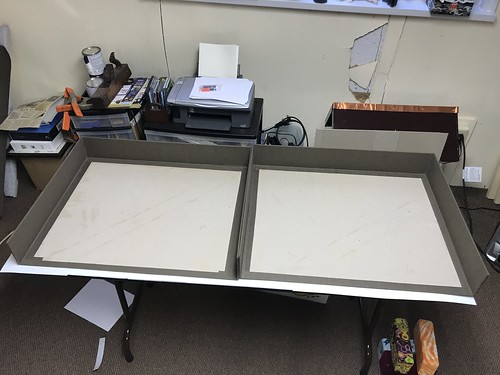 Each tray has marbled paper added to the inside and is ready to be glued into the case. 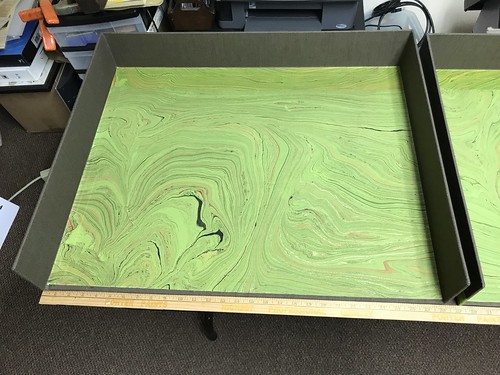 I am still working on this box! Next, I will cover the case with bookcloth, and then glue the trays inside it. Fingers crossed!

Finally, I recently made an enclosure which was a labor of love. Many former students of Dr. Ed Wilson were invited to write him letters of memory and appreciation. I was asked to make a enclosure for these letters. 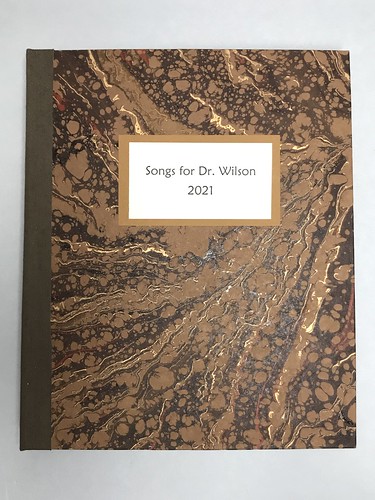 Inside the enclosure was a pocket to hold all the letters. 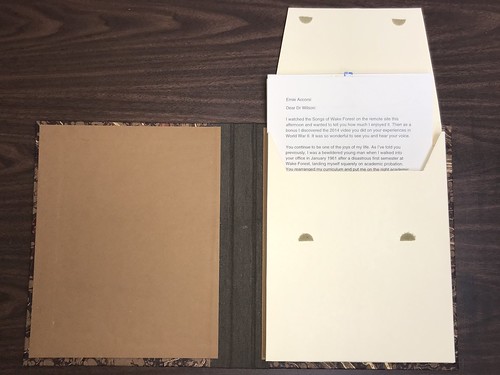 This idea originated with Tanya and Mika and was very appreciated by Dr. Wilson. The letters were connected to the recent interview Tanya did with Dr. Wilson for the publication of his recent book: Songs of Wake Forest. The recording of Tanya’s interview is available here.