by Craig Fansler on March 2, 2022 in Professional Development 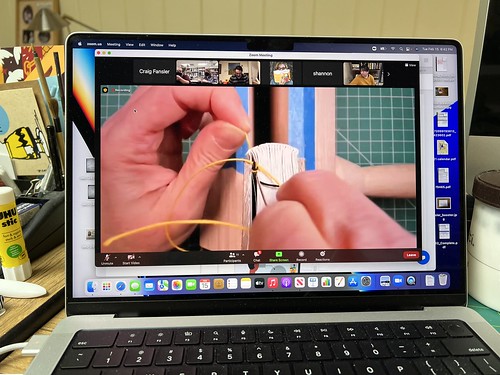 Four Tuesday nights in February, I spent a couple of hours in an online workshop called, Binding Fundamentals, taught by Karen Hanmer. I’d met Karen at Guild of Book Workers Seminars and knew of her work and teaching. She is an excellent teacher and has a great set up for online teaching. A week before our workshop, a package arrived with all of the materials for our binding. 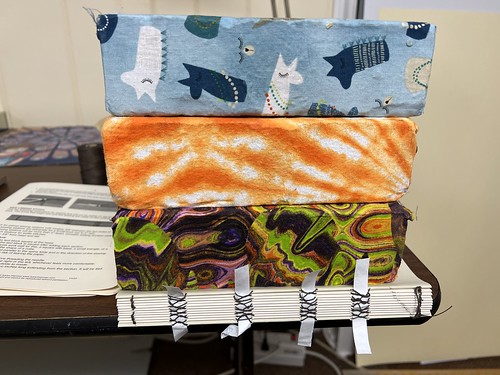 During this workshop, we covered folding, marking up and punching signatures; sewing, gluing up the textblock and rounding the spine; backing the text block, sewing endbands and lining the spine. Several of these things I’d never attempted before as it doesn’t really come up often in preservation repairs.

We gathered 3 sheets of the textblock paper provided into signatures, and folded them into one gathering. After we had folded all of the pages into signatures, we had a loose textblock. We then marked the head and tail of the textblock. We folded the endsheets in half, and on the folded side, made a small fold, or hook. This hook serves as a good bond when it is glued under a signature. This is one of the things I’d never seen or done before. 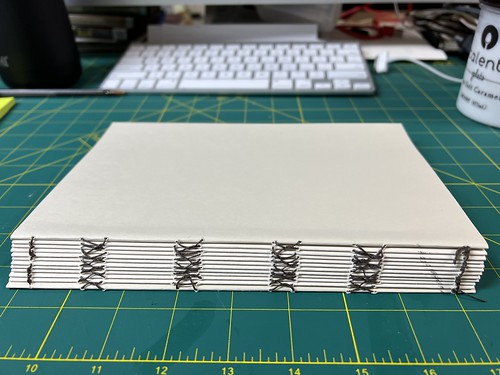 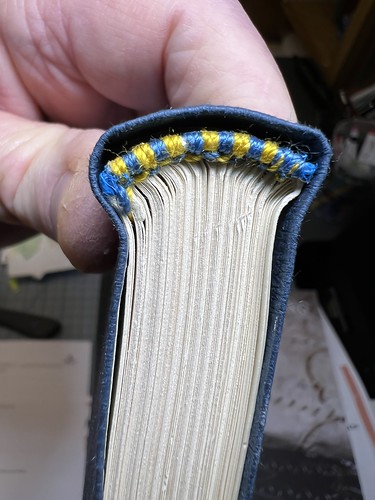 Using 2 colors of silk thread and a core made up of a piece of Venetian blinds cord, I sewed endbands on the head and tail of the text block. Using two needles (one for each color of thread), the sewing is anchored on the spine of the books and wrapped around the core. Each time the color of thread changes at the top, it is wrapped twice around the core to create a pleasing pattern. 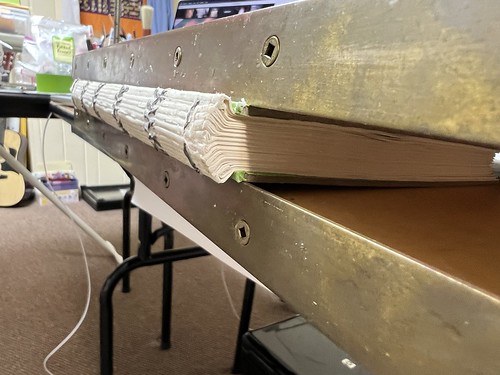 Rounded textblock in the press

After the sewing was completed, we glued up the spine with PVA (polyvinyl acetate). PVA is a synthetic glue with a neutral pH. It dries quickly. After gluing up the spine, it is placed into a press. A bone folder is used to flatten and round the spine. Rounding is the process of delivering glancing blows on and across the spine to create a rounded spine using a backing hammer (or in my case a 10 penny hammer). 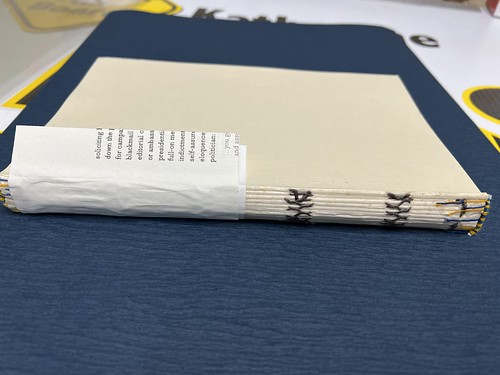 The spine is lined with linen, followed by a second lining of paper. These two linings support the spine and give it strength, as well as, help in the attachment of the text block to the covers. 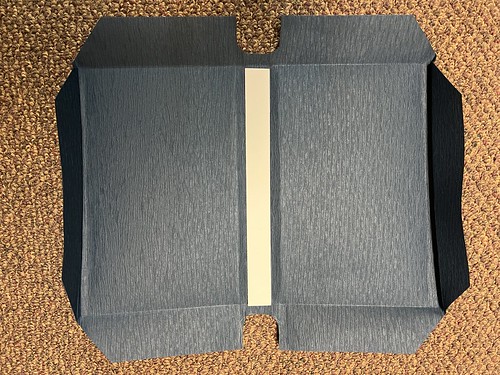 The paper case is made of a heavy weight paper and is similar to a limp binding (limp meaning no stiff boards added). Also, in this case we left a small excess paper on the fore edge of the book (the part where you open the book). This excess paper overhang is called a “Yapp” edge, named for the 19th Century British book binder William Yapp, who introduced the technique for pocket sized Bibles. The paper case was folded around the text block and glued. 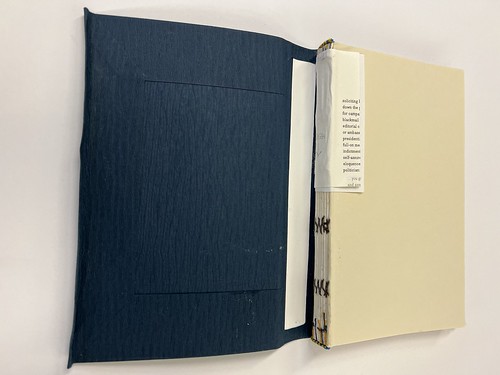