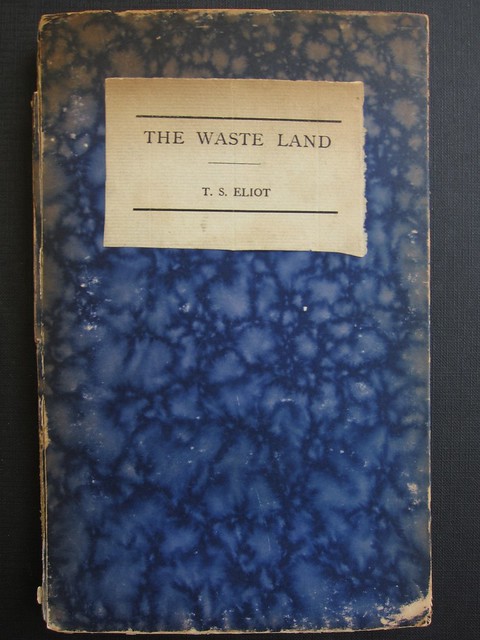 T. S. Eliot’s bleak “anti-epic” The Waste Land is considered by many to be the most influential poetic work of the twentieth century. It was first published in book form by the New York firm Boni and Liveright in 1922, but Eliot offered the first British edition to Leonard and Virginia Woolf.

The Woolfs had already published Eliot’s Poems at their Hogarth Press in 1919. 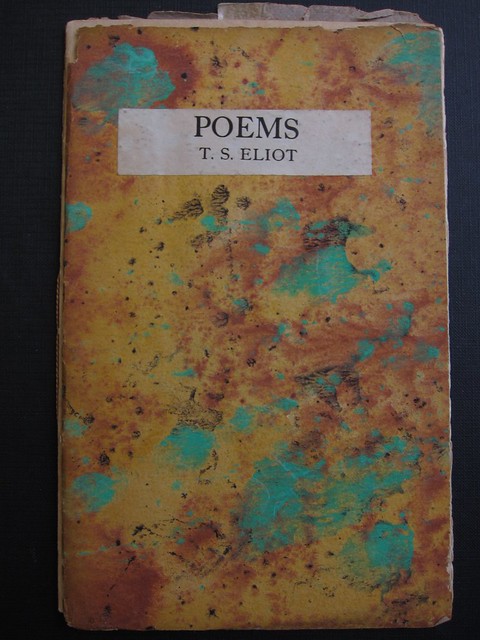 The Hogarth Press was founded by the Woolfs in 1917. In the early years it was a hand press in the dining room at Hogarth House in Richmond, England, on which Leonard and Virginia hand set and printed their own works and those of their friends and associates. Between 1917 and 1946, the Hogarth Press published 525 titles (34 hand-printed by the Woolfs), including works by T.S. Eliot, E.M. Forster, Katherine Mansfield, Robert Graves, H.G. Wells, and many others. Leonard Woolf later wrote that “The publication of T.S. Eliot’s Poems must be marked as a red letter day for the Press and for us.” 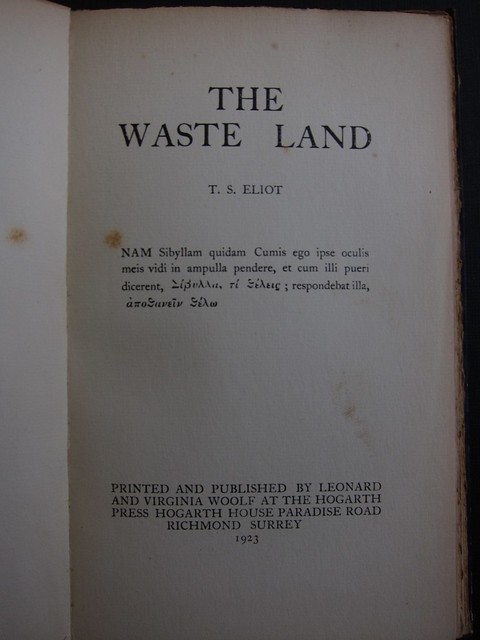 By the time they began work on The Waste Land in 1923, the Woolfs had gained experience and skill as printers. Virginia hand set the type for The Waste Land, and Eliot’s innovative use of line spacing made it one of her most challenging typesetting projects. 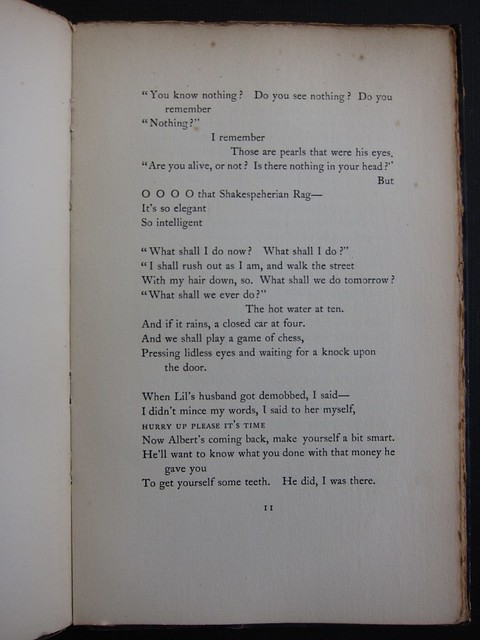 Wake Forest purchased this copy of The Waste Land in 1979. The Rare Books Collection at Z. Smith Reynolds Library has a near-complete collection of Hogarth Press imprints as well as an extensive T.S. Eliot collection. Both of the Eliot books published by the Woolfs are on view in the exhibit “The Modern Muse: 20th century American Poetry”, which runs from August 2010 to January 2011 in the Rare Books Reading Room.

1 Comment on ‘The Waste Land by T.S. Eliot, published at the Hogarth Press’