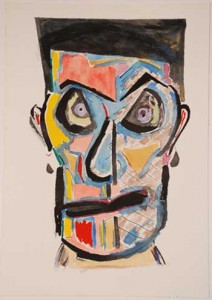 Over 200 audio files of A.R. Ammons reading his poetry are now available in ZSR;s newest digital collection, the A. R. Ammons Audio Collection (http://wakespace.lib.wfu.edu/jspui/handle/10339/30030). The first and longest set of readings were performed in 1975 and professionally recorded under the auspices of Thomas F. Gossett, former professor of English at Wake Forest University, and his wife, Louise Y. Gossett, who throughout their lives offered friendship and support to numerous artists and writers, including Ammons. Recorded at the same time as the poetry reading was a long conversation between the poet and the Gossetts. The 1975 recordings take up 8 CDs, now in ZSR Special Collections.

Special Collections and Archives also holds a second recording of Ammons reading at Salem College in 1986. The technical quality of this informally recorded reading lags far behind that of the 1975 reading. However, the playful repartee and geniality of Ammons as he converses with the audience between poems reveals Ammons gifts for connection and friendship. Both sets of recordings feature poems written in and about North Carolina. In the rough 1975 reading Ammons chooses poem, landscapes and images that would be particularly meaningful to his Winston Salem audience.

Here he also introduces and reads a lovely poem called “From the Newcomers,” which he dedicates to Emily Wilson.