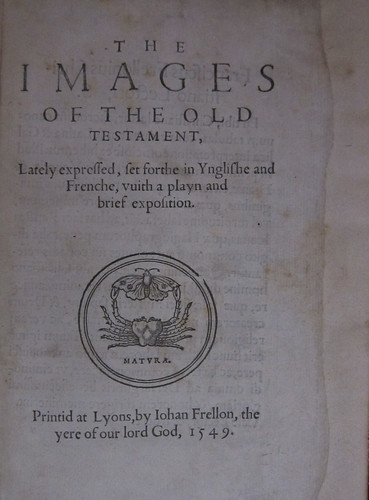 Hans Holbein the Younger (1497-1543) is now best known as portrait painter of some of the most famous figures of Renaissance Europe, including Erasmus, Thomas More, and King Henry VIII of England. But as a young artist in his native Basel, Holbein also worked as an illustrator, producing drawings that would be reproduced in woodcuts and included in printed books. 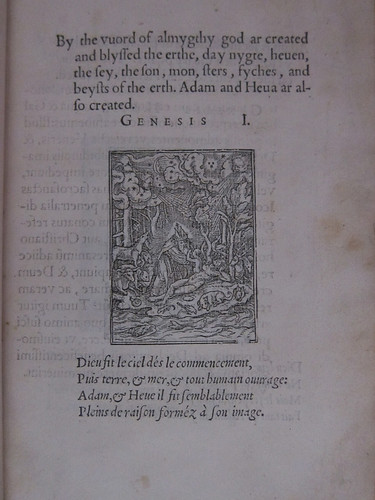 Holbein’s most famous illustrations are his Dance of Death series. The drawings that make up The Images of the Old Testament (better known by its Latin title Icones Historiarum Veteris Testamenti) were likely done at about the same time as the Dance of Death, probably between 1523 and 1526. The first four illustrations in the Icones are taken from the Dance of Death series. The depict the creation of Adam and Eve and their fall and expulsion from the Garden of Eden, with Death personified as a skeletal figure. 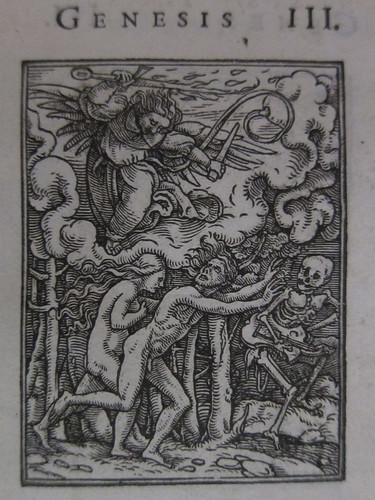 The rest of the illustrations are in landscape format and demonstrate Holbein’s movement toward increasingly complex spatial structure in his drawings.

Woodcut illustrations of the 16th century required collaboration between artist and craftsmen. Holbein would have provided the original drawings for engravers to transfer onto woodblocks for the printing press. There is considerable discussion among art historians about who the engravers for the Icones might have been. A few of the engravings have been attributed to Hans Lützelburger, a particularly skilled wood-engraver who had also worked on the Dance of Death. ButLützelburger died in 1526, and it is clear that a number of other engravers worked on the illustrations. 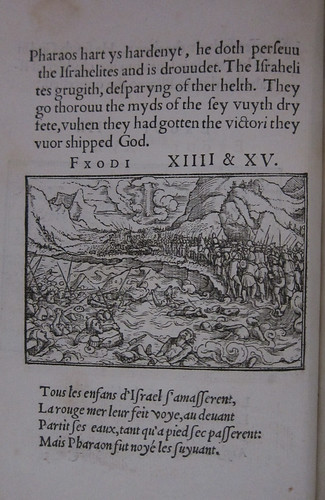 Holbein’s Icones are part of a long tradition of biblical illustration in Europe. Lavishly illustrated manuscript Bibles were a popular luxury item during the Middle Ages. The religious Reformation of the early 16th century, with its emphasis on bringing scripture directly to the laity, created a new demand for Bibles translated into the language of everyday speech rather than scholarly Latin. Many of these vernacular Bibles contained illustrations, maps, and diagrams. It is not known who commissioned Holbein’s Old Testament illustrations, but they may have been intended for an illustrated Bible. 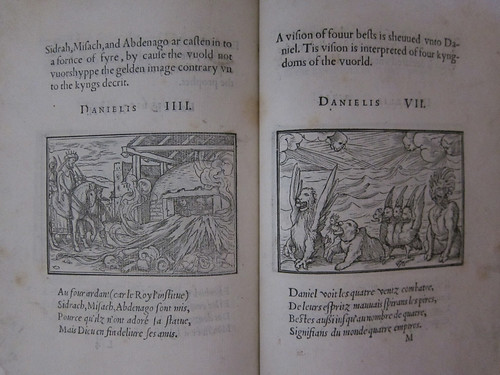 Proof copies of the Icones woodcuts are known to have been in existence by 1531, but the entire set was not published in any form until 1538. By the 1530’s religious conflict and Protestant iconoclasm were on the rise in Germany, and religious illustrations fell somewhat out of favor. This may account for the fact that the first appearance of the Icones was in a Catholic folio Bible printed in Lyons.

The Icones prints were published separately for the first time in the same year by the Lyonnais publishers Francis and Johan Frellon. This small book, with verses in French by Gilles Corrozet and an introductory poem in praise of Holbein by Nicholas Bourbon, was likely intended as a Christian version of the classical emblem books that were extremely popular at the time. 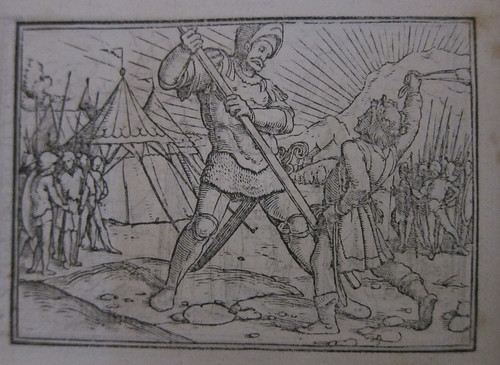 Over the next decade the Frellons published several editions of the Icones with text in various combinations of Latin and vernacular languages. The 1549 edition held by Wake Forest has verses in French below the woodcuts and English text above. The English spellings are peculiar even by 16th century standards, suggesting that the translation was probably done by the French-speaking printers or one of their employees. 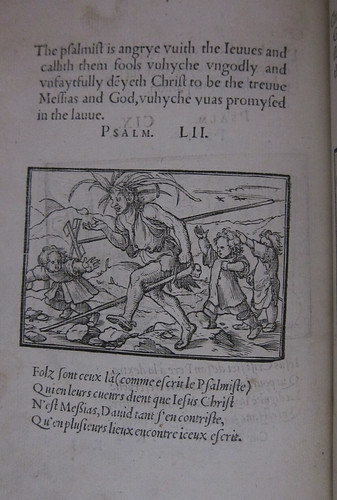 Holbein’s Images of the Old Testament, as they were called in the English edition of 1549, are the most wonderful series of illustration to the Bible in existence. Even outside the more limited sphere of book illustration they have practically no rivals, except the scriptural printes of Dürer and Rembrandt. Inspiration is so much more often found in separate works than in a series, that it is all the more remarkable to see so high a level of artistic power preserved throughout the ninety-one uniform cuts that make up Holbein’s Old Testament.

Z. Smith Reynolds Library’s copy of The Images of the Old Testament was purchased for the Rare Books Collection with funds from the Oscar T. Smith endowment. The book is part of the Historic Bibles exhibit on view in the ZSR Special Collections Reading Room, September 2011 through January 2012.