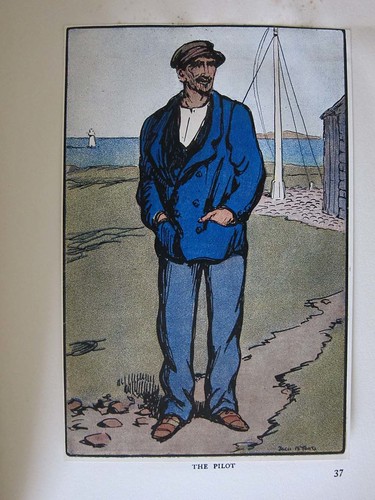 Jack Butler Yeats (1871-1957) is considered by many to be the most important Irish artist of the 20th century. Like his brother, the poet William Butler Yeats , Jack Yeats was a key figure in the Celtic Revival movement of the late 19th and early 20th centuries. Jack Yeats is best known for his long and prolific career in the visual arts, but he also wrote novels, essays, and plays.  A profound attachment to the land and people of Ireland is evident in all of his work. 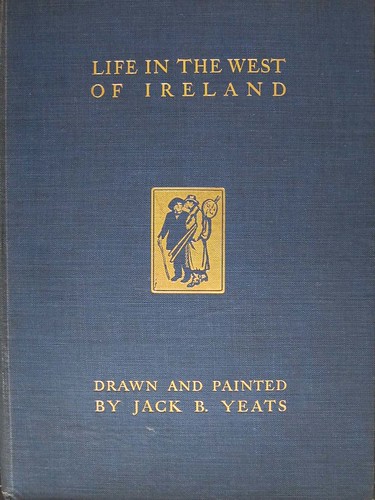 1912 first edition of Life in the West of Ireland

Jack was the youngest child of Irish artist John Butler Yeats and his wife Susan Pollexfen. The Yeats family were Anglo-Irish Protestants from County Sligo, Ireland, but Jack Yeats was born in London, where his father had moved the family after giving up a law practice to pursue his artistic ambitions. John Yeats had some success as a portrait artist, but the family suffered chronic financial difficulties. When Jack was eight years old he was sent to live with his maternal grandparents in Sligo on the northwest coast of Ireland, where he remained for the next eleven years. When he returned to London in 1887, Jack entered art school and began his career as a professional artist and illustrator. 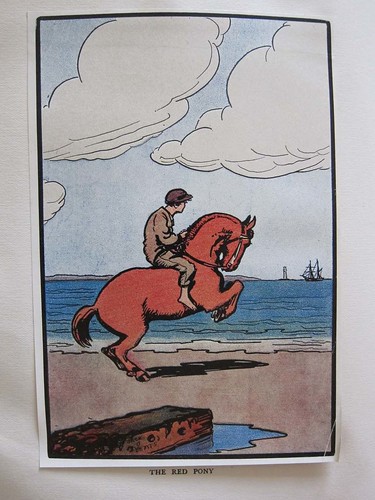 Frontispiece illustration for Life in the West of Ireland

Jack began his career as an illustrator and cartoonist for popular English magazines and newspapers. He also provided artwork for cards and publications of his sister Elizabeth Yeats’s Cuala Press. In 1910 Jack and his wife moved back to Ireland and settled there permanently.

Jack Yeats once remarked to Thomas MacGreevy that “No one creates… the artist assembles memories.” Yeats’s memories of the Sligo of his childhood are the subject of Life in the West of Ireland, a volume of line drawings, watercolors, and reproductions of oil paintings  published in 1912. 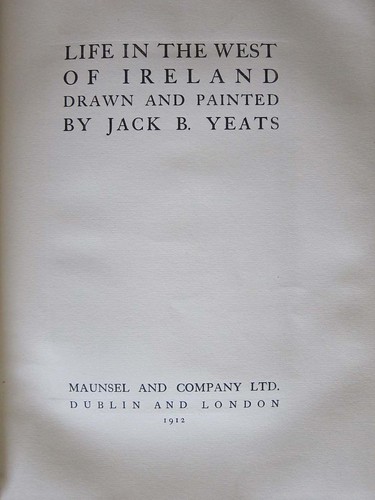 Z. Smith Reynolds Library Special Collections holds two copies of the first edition of Life in the West of Ireland. One is a presentation copy from Jack Yeats to Augusta, Lady Gregory. 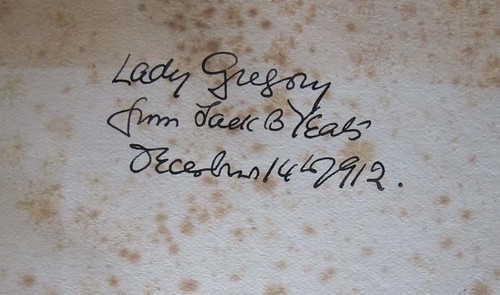 Lady Gregory was a folklorist, playwright, and monumental figure in the Irish Literary Renaissance. She advised and encouraged many of the most important Irish writers and artists of the time, including both William and Jack Yeats.  Jack sent her a copy of Life in the West of Ireland in December 1912 as she was embarking on a tour of the United States. 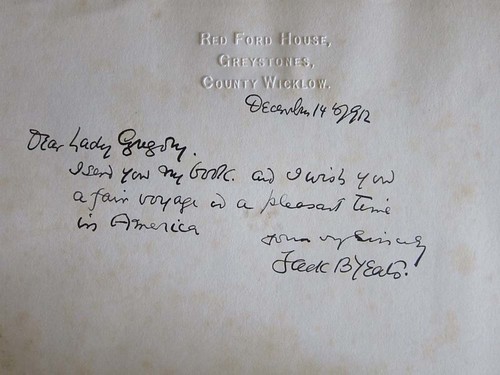 Life in the West of Ireland is an affectionate but unsentimental portrait of a way of life that was disappearing in the early 20th century. Yeats’s illustrations document the everyday life of inhabitants of towns like Sligo. 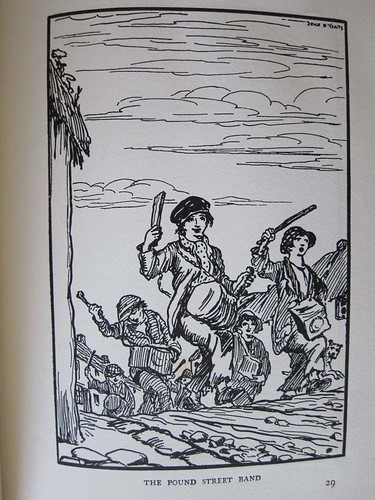 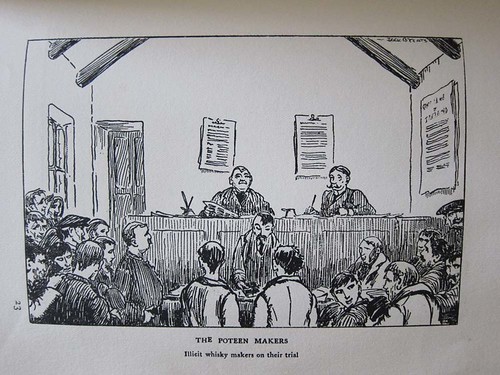 From an early age Jack Yeats had an interest in theater and spectacle. Many of the illustrations in Life in the West of Ireland depict popular entertainments– circuses, fairs, and stage melodramas. 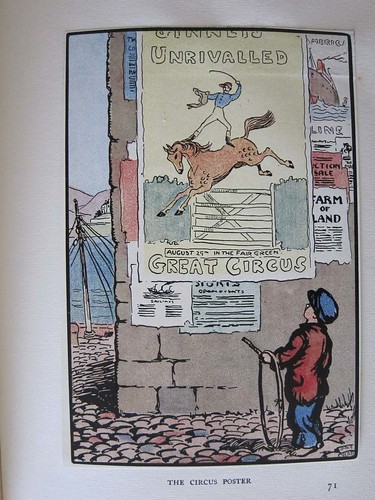 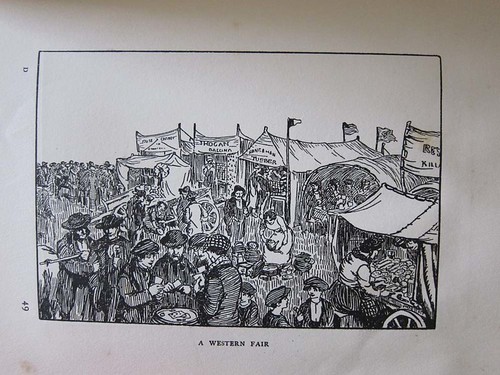 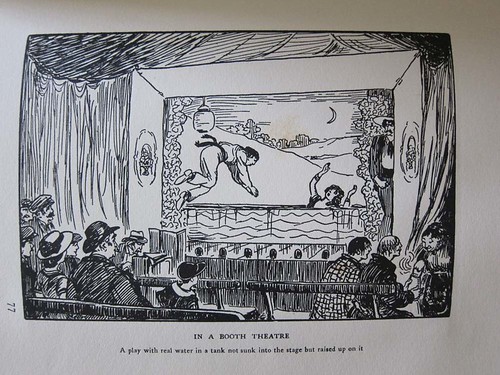 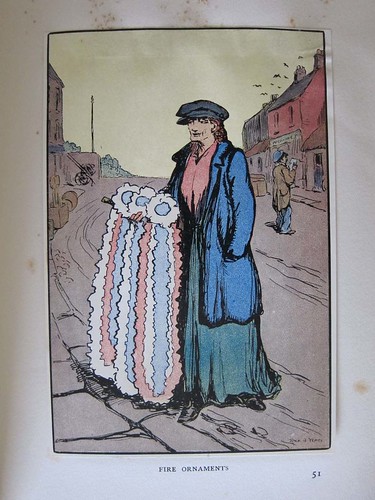 Later in his career Jack Yeats turned more to oil painting. Several of his paintings are reproduced as black and white plates in Life in the West of Ireland. 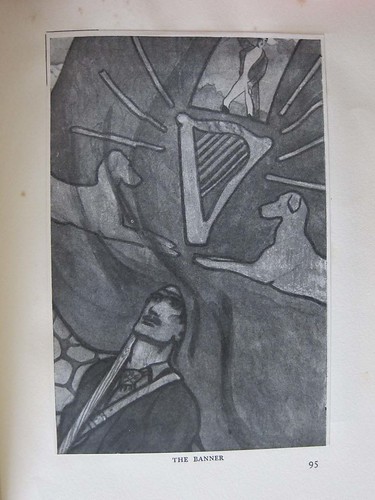 The first edition of Life in the West of Ireland included 150 copies of a special limited edition. 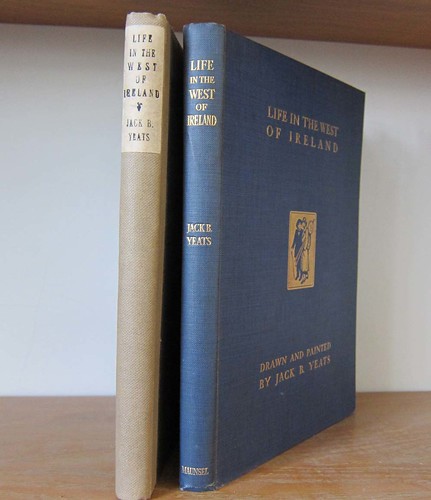 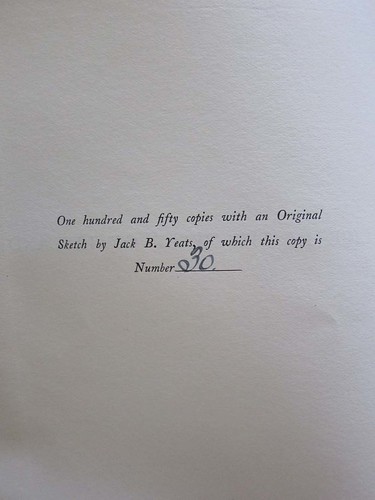 ZSR Special Collections holds copy 30 of the limited edition, with an original color sketch of a circus clown. 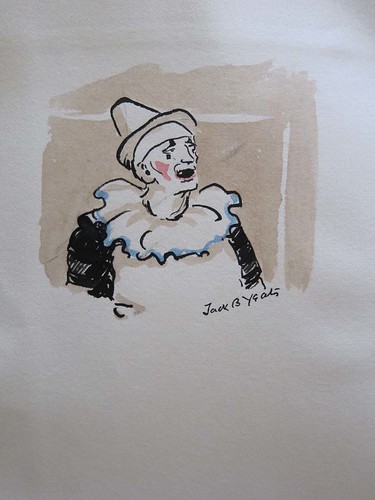 Wake Forest’s copies of the inscribed first edition and the limited edition were purchased by the library in 1972 and 1974 respectively. They are part of the extensive collection of Irish Literary Renaissance materials in ZSR Library’s Special Collections. This collection includes most of Jack Yeats’s published works, along with near-complete collections of the works of W.B. Yeats, Lady Gregory, and many other important Irish writers. ZSR Special Collections also holds the archives of Liam Miller and his Dolmen Press, which was the successor to the Cuala Press and publisher of many important works of Irish literature in the second half of the 20th century. 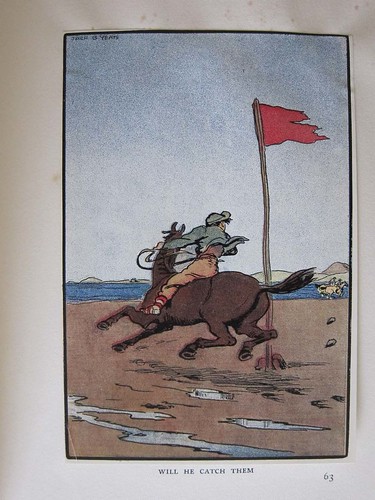