by Craig Fansler on April 10, 2015 in Special Collections & Archives 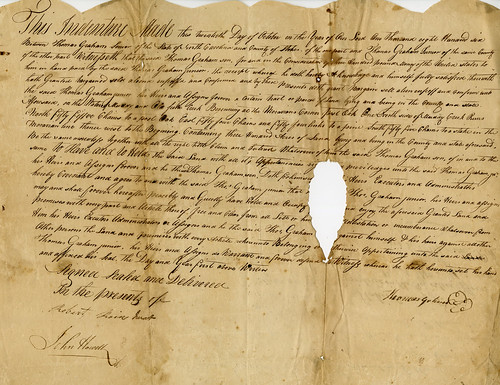 The Dalton Family Papers include materials from several generations of this family from Stokes County, NC. The Dalton Family papers are frequently used by our patrons in Special Collections. I recently encapsulated about 200 indentures in polyester (mylar) from this collection. Encapsulating a document involves creating two identically sized sheets of polyester which are attached on several sides and provide a safe and transparent enclosure for each document. The indentures are often hand-written and many times are signed with an X instead of a signature. These indentures often have a homemade or hand-drawn seal attached to the document. The wording of each indenture usually begins in a similar way as the document above: “This indenture made this twentieth day of October in the Year of Our Lord one thousand eight hundred six between Thomas Graham Senior and the State of North Carolina and the County of Stokes.” 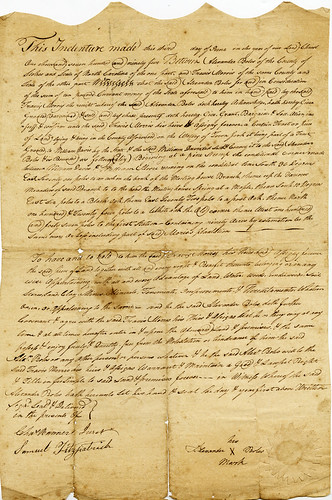 The indenture above is for Alexander Boles in 1795. This indenture shows Boles’ X and the words “his mark” in lieu of his signature and also has a paper seal affixed. An indenture was a legal contract between two parties. Indentures could be for property, labor or other service. The Dalton Family papers primarily have indentures for property. 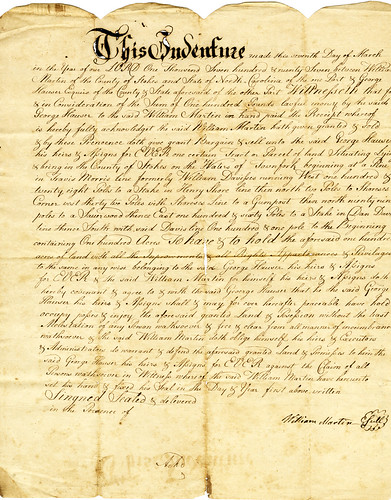 The indenture above from 1797 between William Martin and the State of North Carolina shows the beautiful handwriting on many indentures in the Dalton Papers. 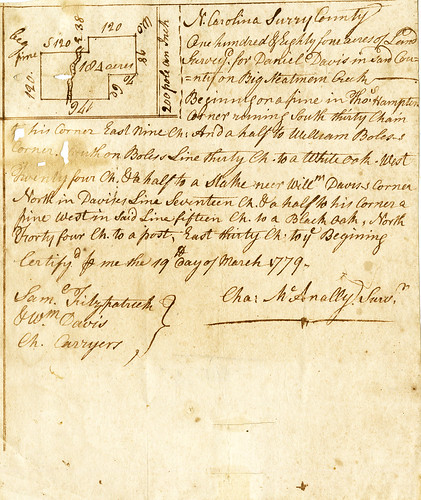 Surveys, such as this one from 1779 in Surry County, were often attached to an indenture to show the exact location of the property. 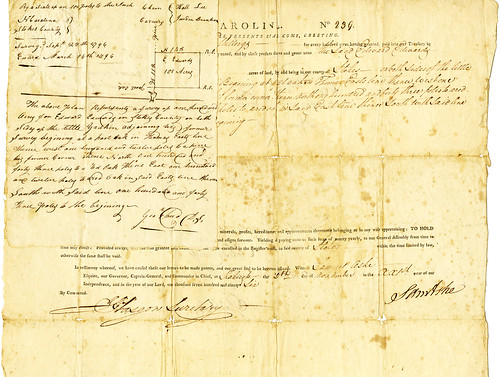 The indenture above from 1796, also has an attached survey. Interestingly, this indenture was paid for in Shillings, and at the bottom the indenture mentions it was signed in Raleigh “in the XXIst (21st) year of our independence.”

The Dalton Family papers have many more documents and materials that are fascinating to research and study.

2 Comments on ‘Preserving Indentures from the Dalton Family Papers’