by Rebecca Petersen May on December 3, 2015 in Exhibits in Special Collections 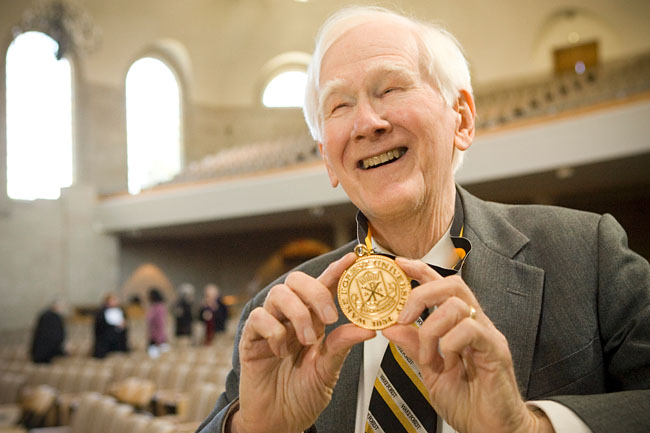 Edgar D. Christman joined the Wake Forest community in 1947, when he enrolled at a college that he had never seen. Christman remained with Wake Forest from then on, leaving only to earn masters degrees from Southeastern Baptist Theological Seminary and Union Theological Seminary. In his chaplaincy, spanning from 1969 to 2003, Christman was renown for serving all students and performing in various campus productions as well as at freshman orientation, where he delivered an annual “What’s in a Name” speech and later portrayed Samuel Wait for incoming freshmen. This exhibit, using images and items donated by the Christman family and created by Ed, will celebrate his legacy and the fruits of his labor at Mother So Dear.

View the finding aid for the Office of the Chaplain, Edgar Douglas Christman and Jean Sholar Christman Papers.