by Nancy Sullivan on January 9, 2020 in Special Collections & Archives

On D-Day (June 6, 1944), more than 160,000 American, British and Canadian troops landed on the Nazi occupied coast in northern France, and by day’s end, nearly 10,000 Allied troops were either killed, wounded or missing. The 75th anniversary of D-Day was marked on June 6, 2019 and knowing the impact both D-Day and the  subsequent war years had on the world, it is only fitting that Wake Forest commemorate the students and faculty that served in both the European and Pacific Theaters.

Special Collections & Archives decided to honor the Wake Forest veterans of WWII by researching and publishing a list of military service people from our archives. We felt this would be an easy search, but we soon realized no such list existed anywhere. With this finding, it was clear our next project would be a compilation of veterans’ names, but the challenge was where to start. The first search was through Howler Yearbooks from the war years in hopes of finding something. Those searches proved only moderately successful finding some short listings of veteran deaths. This was enough to warrant the start of a  spreadsheet, and over several months time and exhaustive searches through The Howler, the WFU Alumni Directory, issues of Old Gold and Black, the History of Wake Forest, and a scrapbook from WWII , a total of 916 veteran names were discovered. With the addition of each name and details of their military service, I was struck by the uniqueness of each person’s military journey. All too often the journey ended tragically for these young soldiers, airmen, and sailors, but one thing was clear, all those that departed their life as a student or professor, were patriotic to their core and brave beyond words. 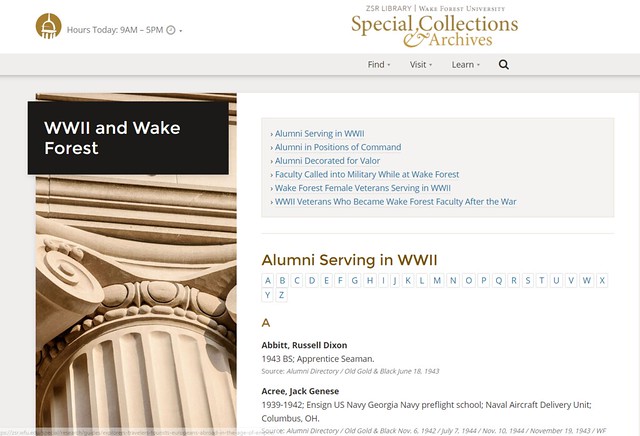 Those of us who enjoy the tedium of a project such as this veterans’ project, I are always motivated by the hope of finding at least one elusive surprise. Often a surprise is never found, but toward the end of this veterans search, a surprise sprang forth from the pages of an old scrapbook. I found a yellowed and worn Raleigh News and Observer article dated October, 1942 titled “Jap Militarist Educated Here.” How could I resist further digging into this unexpected finding? The name of Col. K. Yakiama as well as the content of the article, made me realize this would be a spreadsheet entry unlike all the others. 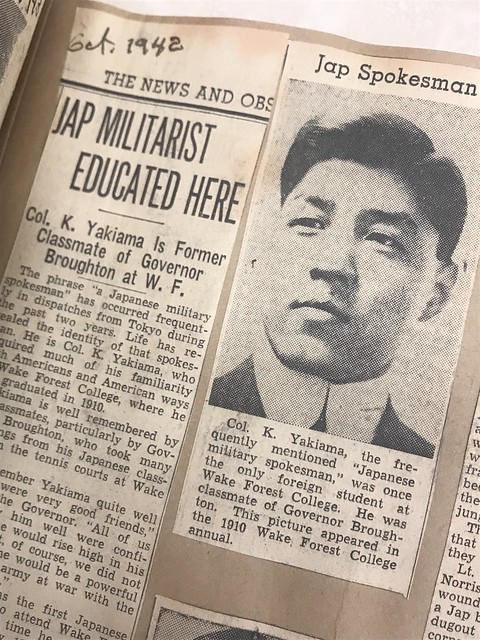 The article did say this person had attended Wake Forest but my first look in The Alumni directory did not have K. Yakiama listed, but by accident I did find a listing for Konosuke Akiyama who had graduated from Wake Forest College in 1910. Putting more pieces into this puzzle, I concluded the newspaper article had misspelled Akiyama’s name printing Yakiama instead. Next I searched the 1910 Howler where I was able to locate a senior photo of K. Akiyama, and it was here I found “Akiyama bears the unique distinction of being the first man from Japan to come to Wake Forest.” I had to find more, and I learned that after attending a northern college, “he directed his course southward and by chance landed at Wake Forest in the fall of 1908.” At the time he was at Wake Forest, there were only 12 students from outside North Carolina and one (Akiyama) from outside the United States. Those 12 students formed an “Alien Club” in which Akiyama was voted “Minister of Foreign Affairs.” He was remembered for his athletic prowess and for his excellence as a student of English. Several of Akiyama’s student writings are available to read including his senior thesis (1910) titled “Reconstruction of Korea.” 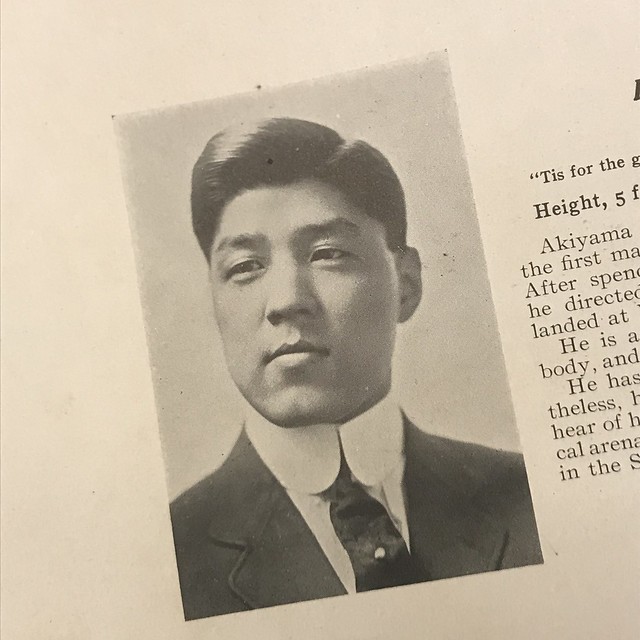 Akiyama’s classmates described him as “a man well developed, both in mind and body, and delights to do ‘stunts’ in the gymnasium.” Classmates of Akiyama’s said, “has made friends of us all, and we hope to hear of him as a bright and shining star in the political arena of his country and also to hasten ‘Sunrise’ in the Sunrise Kingdom.” This wish for Akiyama’s future proved to be both ironic and fortuitous! 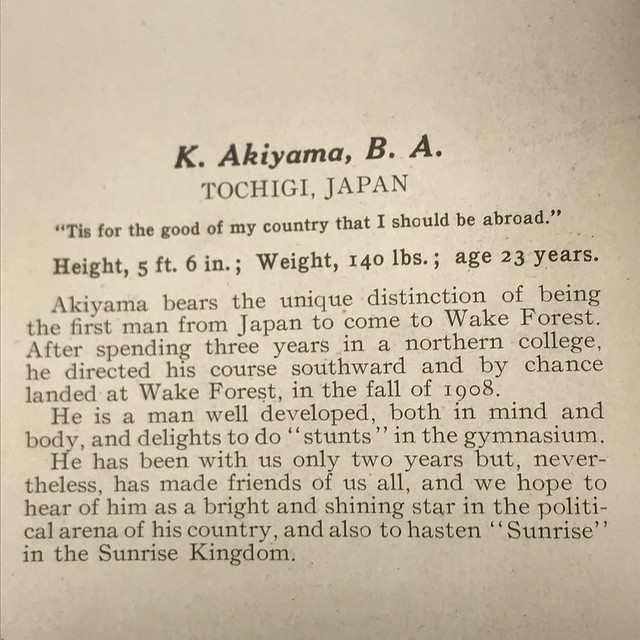 Following Akiyama’s graduation from Wake Forest in 1910, I could not find any information on his life until 1942. The News and Observer article revealed the identity of “a Japanese military spokesman” who often issued dispatches from Tokyo during World War II.  The spokesman was none other than Colonel K. Akiyama, “who acquired much of his familiarity with Americans and American way at Wake Forest College.” One of Akiyama’s classmates while at Wake Forest, then NC Governor J. Melville Broughton,  said he “remembered Akiyama quite well and we were very good friends.” Broughton went on to say “I took a great many walks with Yakiama [Akiyama], and while he talked freely of his country, I always gained the impression that he was never being entirely frank, although he was unfailingly polite.”  It was known that Yakiyama [Akiyama] was deeply interested in politics of his own country, but he was careful to refrain from any connection with campus politics. Broughton went on to say “all of us who knew him well were confident that he would be a powerful figure in an army at war with the United States.”

Now that my part of this project is complete I  continue to reflect on these veteran stories that are woven into the historic fabric of who or what Wake Forest is today.