by Melde Rutledge on July 22, 2021 in Digital Projects

Drawing together artists, scholars, students, faculty, and staff from every corner of Wake Forest University, the Interdisciplinary Performance and the Liberal Arts Center (IPLACe) supports faculty and student projects that are interdisciplinary. This collection includes annual reports and video recordings from the department.

Eva Rodtwitt was born in Oslo, Norway, on January 17, 1924, to Trygve and Frida Maria Rodtwitt. From 1966 to 1968, she was a visiting lecturer at Wake Forest College, where she later became a lecturer and taught courses primarily about French and French literature. This collection includes images covering her early life in Norway during the Nazi occupation. More images will be added soon. 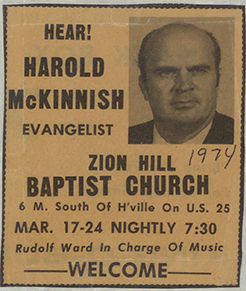 Known for his oratory, compassion, and humor, the Reverend Harold L. McKinnsh served as pastor or interim pastor at 10 different Baptist churches in North and South Carolina. He delivered thousands of sermons, conducted more than 1,100 funerals and preached at more than 400 revivals across 12 states. This collection includes materials related to McKinnish’s dedicated work, including video recordings of his last sermon and of his funeral service. McKinnish passed away on August 21, 2013.

This collection documents experiences of Wake Forest University community members during the coronavirus (COVID-19) pandemic, as well as the pandemic’s convergence with social justice movements related to the murders of Ahmaud Arbery in Brunswick, Georgia, Breonna Taylor in Louisville, Kentucky, and several others, including the murder of John Neville in Forsyth County’s jail. Document types include artwork, audio and video files, e-mail correspondence and newsletters, course assignments, photographs, and storytelling mediums, among others. More about this collection can be read here.

The Asheville Baptist: Organ of the Baptists of Western North Carolina 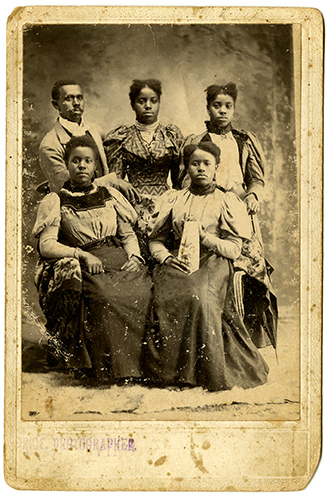 William L. Hughes was a longtime member of Wake Forest University’s grounds staff. A native of Booneville, NC, he arrived to Wake Forest in 1957 after Army service and was a groundskeeper at the former presidential residence (now the Office of Admissions and Welcome Center), then occupied by Harrold W. Tribble and his family. After James Ralph Scales became president in 1967, Hughes became a close friend to Scales and his wife Elizabeth. Hughes was later an integral part of the care and management of their affairs in the late 1980s. Hughes also designed the Elizabeth Randel Scales memorial flower garden which graces the Welcome Center entrance. This collection includes early 20th century African American images of Hughes’ family. 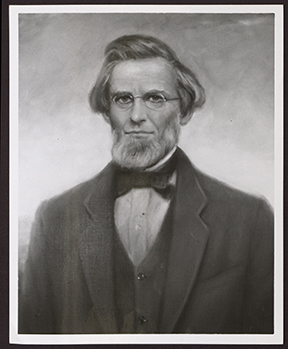 John Brown White was an educator and Wake Forest College president. He was appointed interm president of the college in 1838 and later became acting president from 1848 to 1853. During his tenure, White became increasingly vocal about his opposition to the purchase and enslavement of Africans, causing disagreement among the College Board of Trustees members. White resigned his position in 1853. This collection contains biographical information about John Brown White as well as genealogical information about the White family. Also present is a photograph of White and correspondence (1835-1869).