by Christian Burris on April 24, 2017 in Professional Development

The 26th Annual North Carolina Serials Conference has the theme “Being Data-Informed: Taking Control and Connecting Users to Content,” and the portions about connections held a specific resonance with me this year.  As always, the conference was a draw for serialists, library school students, and publishers for a day of programming for those who work with continuing resources.  I attended the Linked Data session with Steve (see his report for more details), and the connections didn’t stop there.

The keynote address was given by Regina Reynolds of the Library of Congress, whom I know as a member of NASIG.  Ms. Reynolds spoke about “Beyond Google: Transforming the Bibliographic Environment to Connect Users to Good Content,” and she spoke specifically about the need to connect users to resources in a manner that a library can do in ways that Google cannot.  This, of course, is nothing which libraries are unfamiliar with, but Ms. Reynolds referred to the phrase “the perfect is the enemy of the good,” suggesting that this could be a barrier in an environment where crowdsourcing and cloud resources are part of the culture.  As the director of the ISSN Center, Ms. Reynolds also suggested that the ISSN could be used a standard for serials “families” of records but also digital editions and electronic formats (e.g. PDF, HTML, and ePub).  She also shared a video to illustrate this idea. 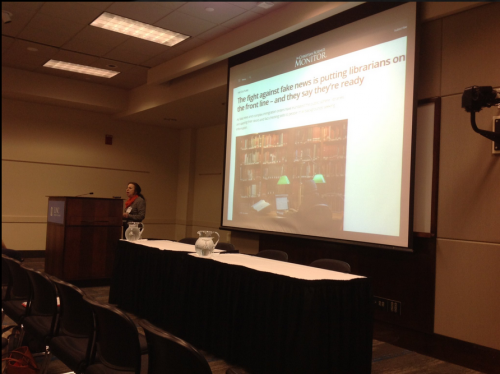 The closing session was presented by Dr. Anthony Chow, Associate Professor in the Department of Library and Information Systems at UNC Greensboro.  Dr. Chow was one of my instructors in library school, so I knew that he would bring a lot of information to his presentation, which was called “Getting to Where You Want to Go: Designing Information Systems and Using Your Data through the Application of Analytics and Informatics.”  He spoke about the value of data collection to inform ourselves before making decisions while stressing the need to make that data informative when it can support your cause in front of those who make decisions.  Again, this is no surprise to anyone who works with assessment, but with proposed federal budget cuts to libraries gaining attention, this took on a more sobering tone.  Citing one’s resources is always important, but the amounts of qualitative and quantitative data can be just as valuable. 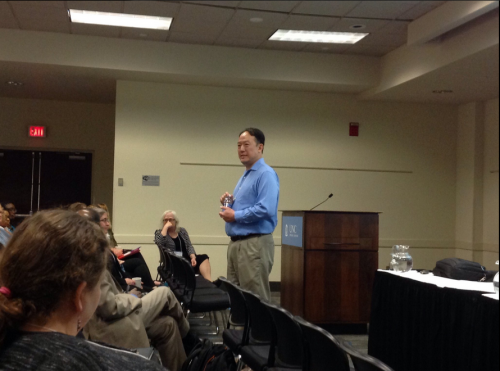 The most rewarding portion of the conference for me was representing NASIG.  It was a chance to network and talk about the organization on a personal level and getting people interested in the upcoming conference in Indianapolis.  Reactions included general interest, desires to reactivate expired memberships, and passing along the information to colleagues who may want to join.  A few vendors were interested in attending the conference for the first time, which would be a huge step for them.  In the end, however, it was about those connections that formed in the brief conversation.  I enjoyed it, and I would gladly do it again. 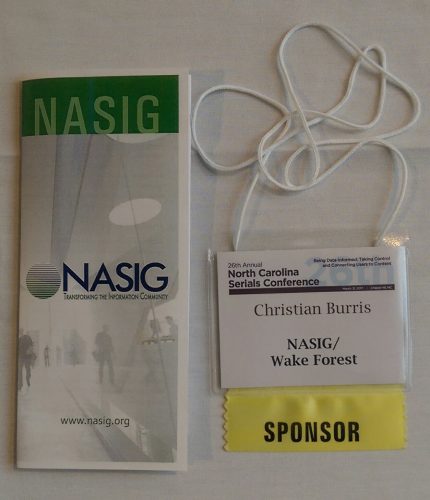