by Craig Fansler on August 13, 2020 in Professional Development

How does one, who primarily performs hand work in their job, keep their fingers nimble during a quarantine? For me it was taking a series of 10 book making workshops. The workshops were taught remotely through the Book Arts Program at the Marriott Library at the University of Utah. The university has had a Book Arts Program since the mid-1990’s. The instructors were library faculty members: Marnie Powers-Torrey, Amy Thompson and Emily Tipps. Each summer, the program offers a Summer Series and this year it was offered remotely for the first time. 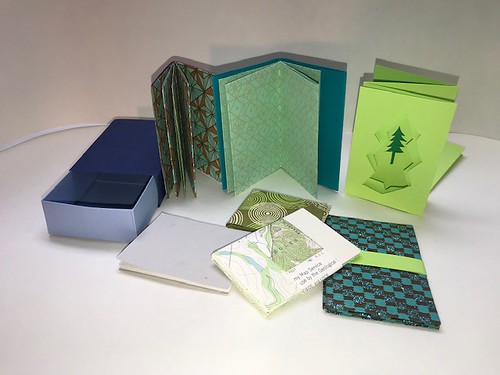 The workshops began with making a series of books from a single sheet of paper. I was familiar with the one sheet book idea, which I used in my LKIB100 classes. However, this workshop had a number of variations I had not made. We added covers, used discarded paper, and made pockets and bands around these books and made a small paper box to hold them. 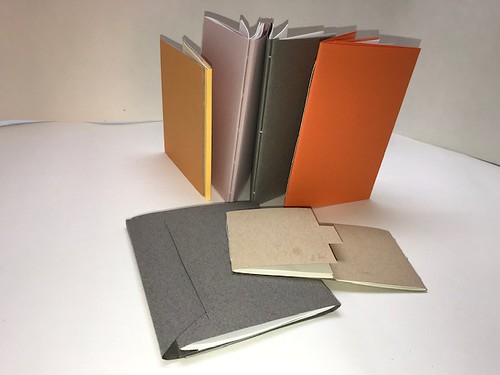 The next two workshops involved making pamphlet bindings. These are bindings with only one signature
(a signature, gathering or section is a group of single sheets which are folded together for sewing). I made about 6 pamphlet variations, some with multiple signatures and others with specialized closures, making them a pleasure. 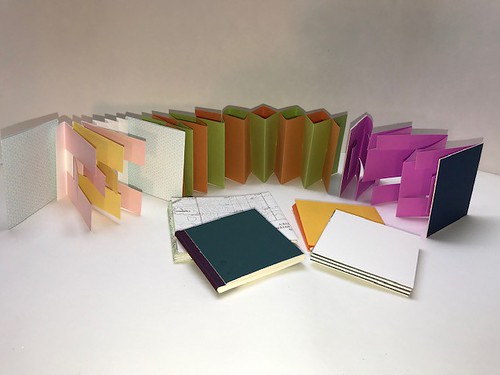 I next had two accordion fold workshops. An accordion fold was part of the interior and sometimes had moving parts, as in the Flag Book (which features a series of tiny flags which open up along the accordion folds giving it a nice sense of movement. 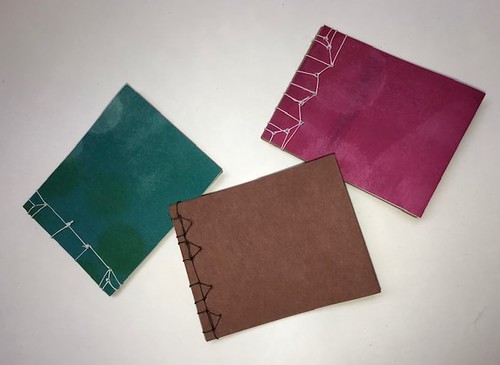 Western books are traditionally sewn through folded signatures to form a spine, and the sewing and spine are hidden beneath a cover. Stab bindings flip this idea on it’s head. The folded side of the paper is on the outer edge, where the page is turned. The cut side is on the spine and the sewing is a decorative stitch on the outside of a stab binding (it is usually hidden in western binding). 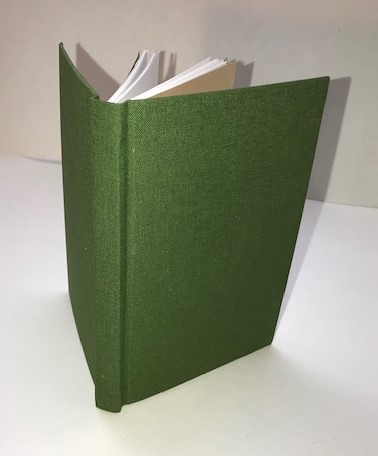 Compare this Flat Back binding (above) with the Stab binding. The sewing is hidden inside the cover and the cut edge is out. I learned a new way of sewing for this binding called French Web. 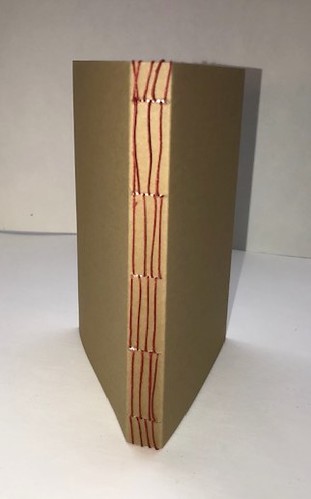 The Long Stitch binding uses the cover to hold the text block to it. Holes are punched in the text block and slits are made in the cover that correspond with each other. As the sewing begins, the thread is sewn from inside the pages to the outside of the cover and back again. 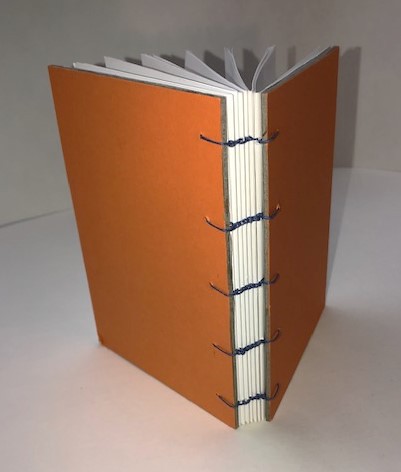 Coptic binding is a style that has been used since as early as the 2nd century AD. Pages are sewn together and knotted to each other as you go. The text block is sewn onto the covers by punching holes that are sewn through. 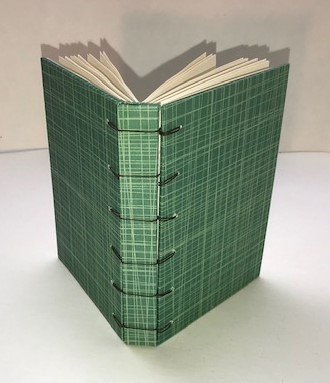 Although this workshop series took up every Monday and Wednesday night (Utah is on Mountain Standard Time) through July, it was worth it. It did help me accomplish my goal of keeping my hands busy, but I also met several new colleagues and got inspiration and creative ideas. I am also setting up a book repair studio in my home for work from ZSR until Covid has subsided. Good news all around!