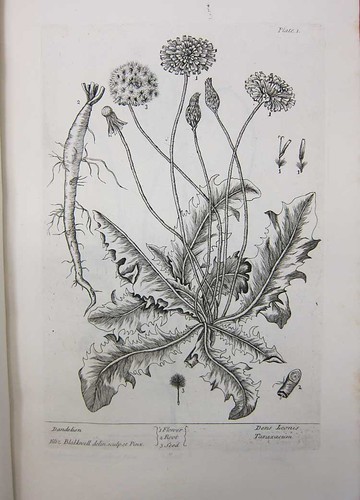 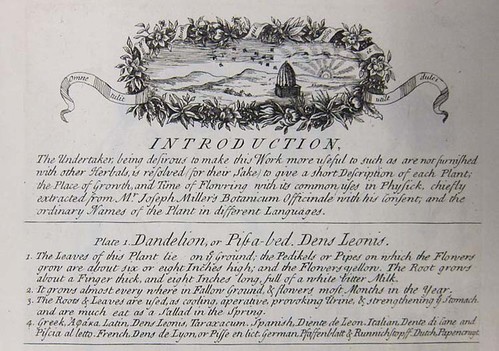 A genteel English woman of the 18th century had few resources to fall back on if her husband proved unable to support her financially. A girl’s education generally emphasized elegant accomplishments like drawing, music, and fine needlework, rather than practical skills. So when Elizabeth Blachrie Blackwell’s neer-do-well husband landed in a London debtor’s prison in 1736, leaving her with a baby to support, few would have blamed her if she had abandoned him and gone back to her parents in Aberdeen. But Blackwell was more resourceful than most.

Elizabeth Blackwell was skilled at drawing, and her husband Alexander, who had once worked as an unlicensed physician, was knowledgeable about the medicinal properties of herbs and plants. They came up with a plan to produce a new Herbal – a book with illustrations and descriptions of various plants. 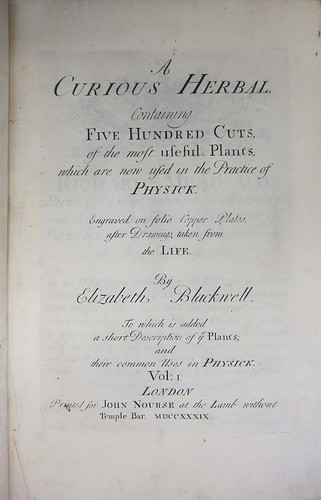 Herbals had been important reference works since ancient times. They were widely circulated as manuscripts and, with the advent of printing, as books. Many herbals existed in England in the early 18th century, but Elizabeth Blackwell realized that there was a need for a new guide that included many species of plants discovered in the Americas. 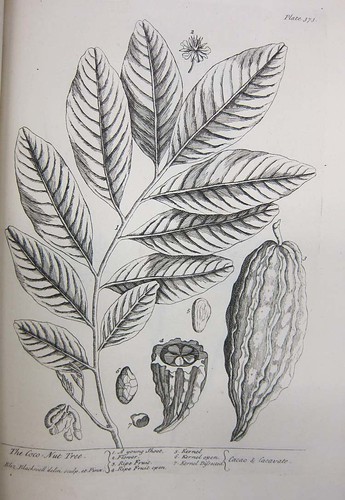 In her entry for the “Coco-nut” (i.e. Cacao) tree, Blackwell observes that “The Kernels of the Nuts is what we make the Chocolate of, which is now so much used for Food; being accounted nourishing, restorative, fatning & provocative.”

In 1736 Blackwell took lodgings nearby the famous Chelsea Physic Garden. This botanical garden on the bank of the Thames was founded in 1673 as a nursery for medicinal plants and a training ground for botanists and apothecaries. The garden cultivated many species of plants imported from all over the world, including the Americas. Blackwell drew illustrations of the various plants cultivated there, then wrote descriptions of their attributes and medicinal properties in consultation with her husband and other experts and reference works. After receiving encouragement from Sir Hans Sloane and Dr. Richard Mead for some preliminary drawings, Blackwell undertook to create a comprehensive, illustrated guide to the plants in the garden. 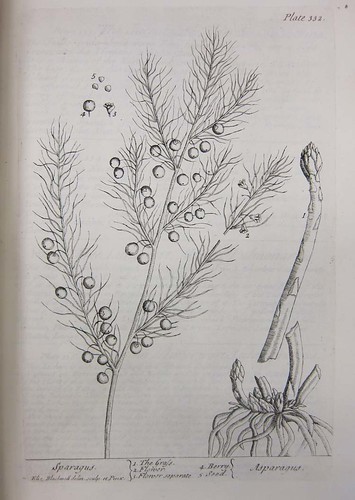 Blackwell created the original drawings and watercolors, then engraved the illustrations on copper plates. An unusual feature of her herbal is that the entire pages are engraved- text as well as illustrations. Blackwell also hand-colored the plates for some copies of her publication. 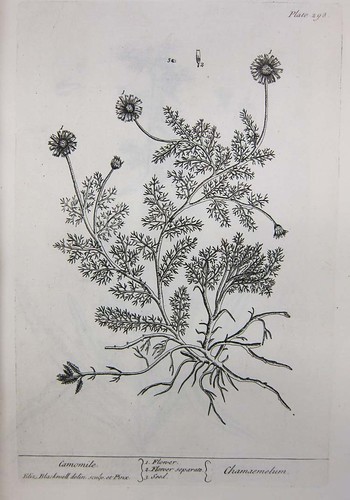 A Curious Herbal was published first in parts. Between 1737 and 1739 Blackwell published four plates per week, for an eventual total of 500 engraved illustrations. 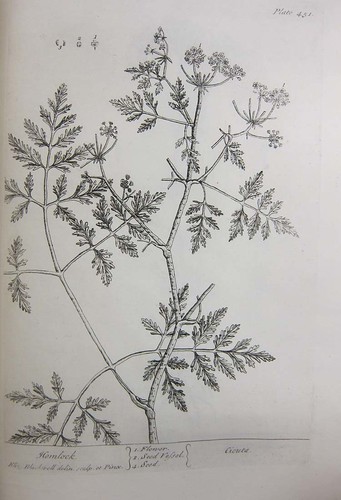 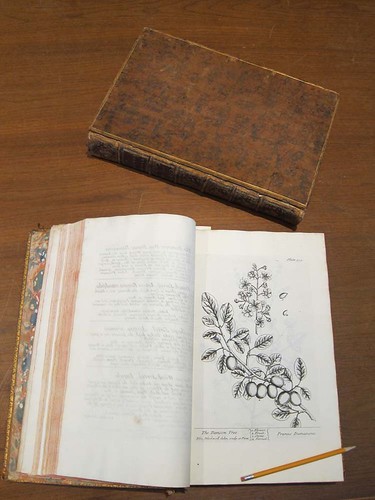 Alexander and Elizabeth Blackwell negotiated favorable terms with their publisher. And with the endorsement of many well-known physicians and scientists, the book sold well. 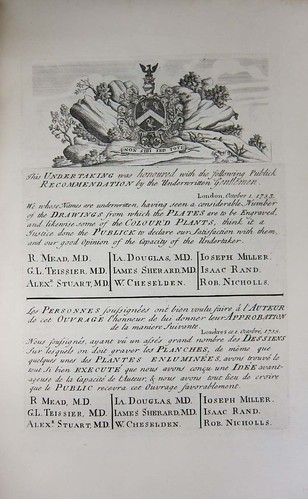 With profits from A Curious Herbal Elizabeth Blackwell was able to pay off her husband’s debts and free him from prison (Alexander did not reform his ways, however, and was executed in 1747 for his participation in a Swedish political conspiracy). Elizabeth died in 1758. But her book, the first English herbal by a woman, remained popular and was reprinted several times throughout the next two centuries.