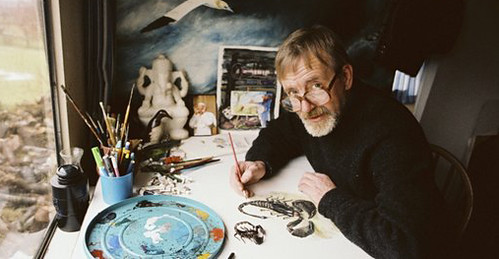 Gerrit van Gelderen (1926-1994) was a Dutch artist who moved to Ireland after World War II and made it his home. Van Gelderen was a multi-talented naturalist, wildlife broadcaster, film-maker, illustrator and cartoonist. 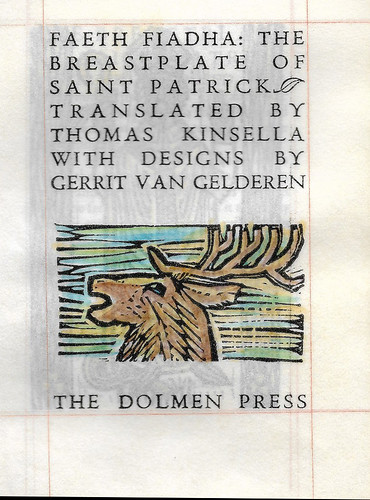 Van Gelderen was born in August 1926 in Rotterdam and attended the Royal Academy of Art in The Hague. He moved to Dublin in 1955 to work in advertising. In his autobiography, To the Waters and the Wild, Van Gelderen writes: “On 1 August 1955, a hot and close day, I first set foot on Irish soil. Unlike Pope Paul, I did not kiss the apron of Dublin Airport. I still feel sorry I did not think of it, for on my very first Irish day, after my very first flight on a real aeroplane, I fell in love with the country”. It was about this time that he did work for the Dolmen Press. In 1957, he created several linocuts for the book, Faeth Fiadha (“The Deer’s Cry”), also known as The Breastplate of St. Patrick. This book is from writings by St. Patrick in the 6th century. These linocuts by Van Gelderen were used again in another Dolmen edition of the same title in 1961. 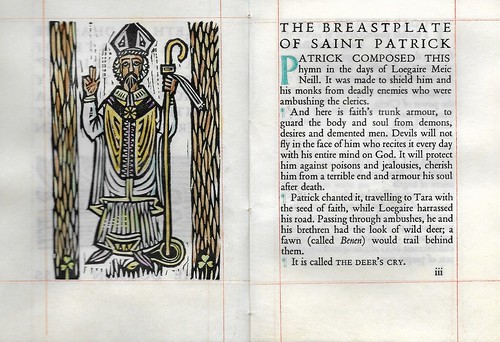 In 1958 he began creating cartoons and illustrations for the Irish Farmers’ Journal. An endearing image is a linocut (which is part of the Dolmen Press Collection) for his own wedding announcement. 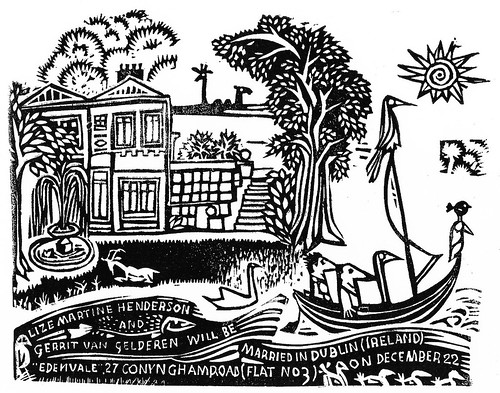 He was a close friend of fellow Dutch graphic designer and artist Jan de Fouw who also moved to Ireland. Their families lived together or near each other in Ireland. Van Gelderen and De Fouw were among a group of Dutch artists who moved to Ireland in the 1950s.

Gerrit was interested in Irish wildlife. In 1962 he and Éamon de Buitléar presented a weekly wildlife programme on RTÉ television called Amuigh Faoin Spéir (“Outside, under the sky”), which won the Jacobs Award in 1967. In the 1970s he developed his own TV series, “To the Waters and the Wild”, and filmed around the world. Van Gelderen also contributed articles and illustrations to a childen’s magazine Our Boys, and wrote an autobiography, To the Waters and the Wild: Adventures of a Wildlife Film Maker(1985).

Gerrit died in 1994 at his home following an operation. He was survived by his wife Lies van Gelderen and four children Merlin, Aoife, Finn and Oisin.