by Jeff Eller on July 7, 2015 in Professional Development 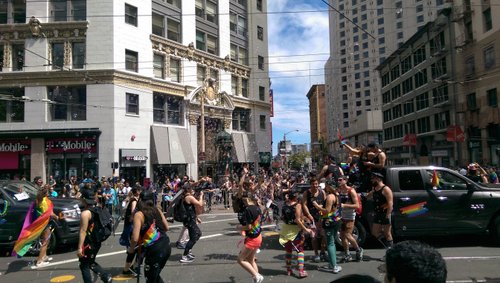 In case I’d been longing for parades (turns out I had), a confluence of well-known events made the 2015 ALA Annual Conference the perfect place to be. How do New Orleans and San Francisco parades compare, you ask? San Francisco parades involve less alcohol; more illegal-smelling smoke; smaller floats; fewer thrown objects; and more daytime nudity (not pictured).

The first session I attended was put on by the Cataloging Norms Interest Group of ALCTS. Nancy Fallgren of the National Library of Medicine gave an update on NLM’s BIBFRAME pilot project, which has been underway for some time. BIBFRAME Lite is an experimental set of core elements meant to be used in the new encoding framework, and NLM is working on mapping from MARC, Dublin Core, and other non-MARC legacy formats to BF Lite. However, Ms. Fallgren emphasized that their primary focus is on creation of new metadata using BIBFRAME, not conversion. A print monograph BIBFRAME mockup is viewable here.

At the same session, Roman Panchyshyn from Kent State talked about the non-stop nature of change experienced by technical services staff in the 21st Century. Managing change has become a key function for managers in technical services departments. Traditional breakdowns between acquisitions, cataloging, serials, etc. are disappearing. This trend, I think, is reflected here in Resource Services at ZSR. Mr. Panchyschyn identified eight skills/competencies that all technical services staff need to possess in order to keep up. I won’t list all of them here (full list available upon request), but suffice it to say they are metadata-centric, linked data-oriented, and future-looking. Liberal use of hyphens, sadly, isn’t one of them.

Still at the same session, Diane Hillmann from Syracuse speculated as to whether libraries will retain their legacy metadata once conversion to BIBFRAME is complete. She concluded that this is advisable; storage is relatively cheap, and you never know when you might need the data again. “Park the MARC,” she advised, wisely I think. As to whether we are making the right choice in moving toward BIBFRAME, Ms. Hillmann said that this is a moot question: there is no one right choice, and in future we will need to be multiply conversant as metadata takes on new forms and different libraries and other cultural heritage communities decide to go in divergent directions. This is part of the promise of BIBFRAME: it is to be flexible, extensible, and adaptable. 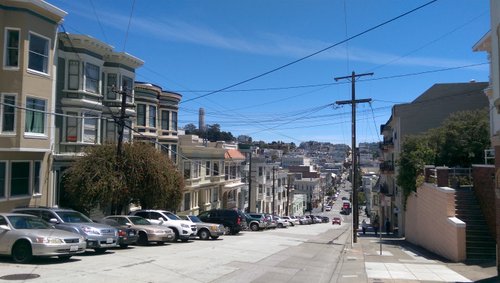 Believe it or not, I did go to other sessions and meetings. Later on Saturday I met with my ALCTS Acquisitions Section Organization and Management Committee, and on Sunday I met with my division-level ALCTS Planning Committee, where we continued to work on a three-year ALCTS strategic plan, with new emphasis on how best to track progress on that plan once it is in place. My work on the Planning Committee has provided a broad view of ALCTS as a whole – its different divisions, its reporting structure and micro-cultures, and its direction. I’ve only completed one year of a three-year term, so I have more enlightenment to look forward to, as my power and influence grow daily.

Roy Tennant from OCLC gave a fun presentation titled “Ground Truthing MARC,” in which he made a worthy comparison between the geographical process of ground truthing and the value of analyzing the existing MARC record landscape before we move to convert it en masse. He has been performing some interesting automated analyses of the ridiculously huge universe of records present in OCLC’s database, and found some interesting (if not surprising) results. A relatively small number of tags (100, 245, etc.) make up the vast majority of instances of populated subfields in OCLC; whereas hundreds of tags are used only infrequently and, all told, constitute a very small percentage of the data in OCLC. This type of analysis, he believes, will be essential as we start to think about mapping OCLC’s data into a BIBFRAME environment.

In other presentations, Amber Billey from the University of Vermont made an interesting case that in requiring NACO-authorized catalogers to choose between “Male,” “Female,” and “Not known” when assigning gender to an authority (RDA Rule 9.7), LC is expressing a false and regressively binary conception of gender. She and others have submitted a fast-track proposal that “Transgender” be added as an additional option; this proposal would seem to have merit. Joseph Kiegel from the University of Washington and Beth Camden from Penn discussed their libraries’ experiences migrating to the Ex Libris Alma and Kuali Ole ILS’s, respectively. In such migrations technical support is essential, whether provided by the system vendor or (as in the case of an open-source system like Kuali Ole) a third-party company that contracts to provide support.

On the last day, Corynne McSherry from the Electronic Frontier Foundation discussed several important copyright-related legal cases from the last year, including Authors Guild v. Hathitrust, Authors Guild v. Google, and Cambridge University Press v. Patton. The EFF is seeking a Digital Millennium Copyright Act exception for circumventing access-restriction technology in no-longer-supported video games so that archivists can preserve them, as these games are an important part of our cultural heritage. This was an entirely new topic to me and caused me to think back fondly on the days when Halo was young and I was too, when video games weren’t things to preserve, but to play. I suppose that preservation is the next-best thing. 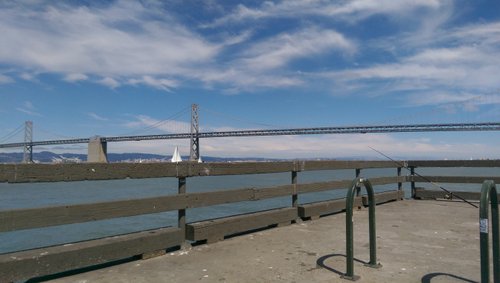