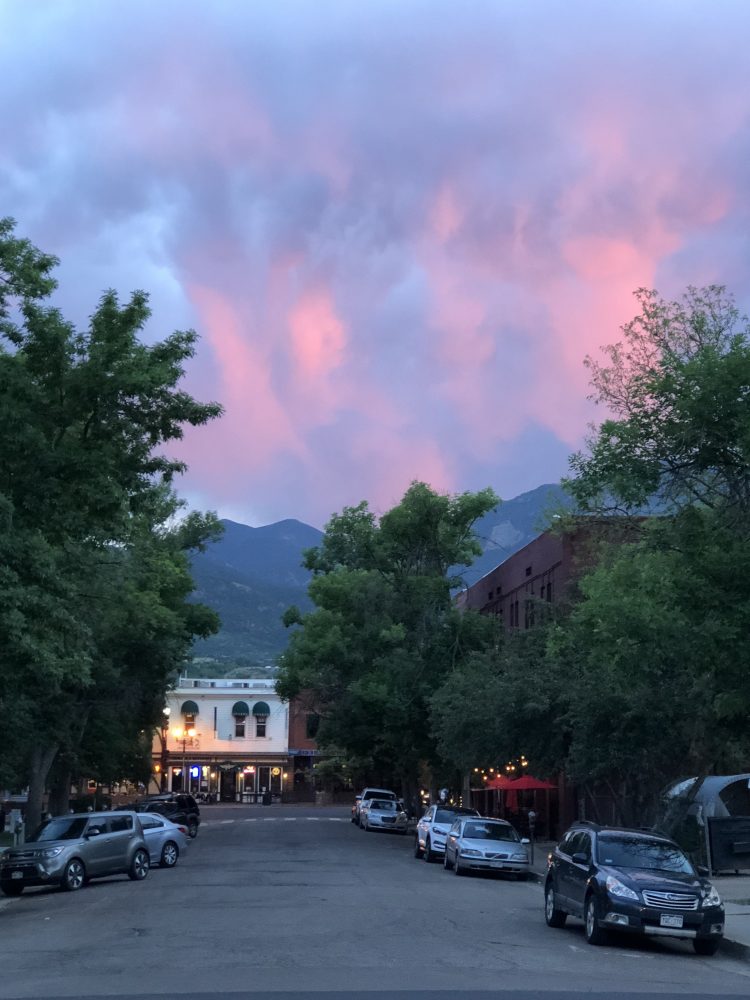 Molly at UIPO, LMSI, and Kraemer (all in a month!)

Between May 8th and June 7th, I traveled three times for work: my annual intellectual property officers conference, a library leadership workshop, and a copyright conference. My trusty little suitcase, bright yellow backpack, and I traveled to The Ohio State University, Yale University, and University of Colorado Colorado Springs. Rather than write three separate blog... more ›

It’s been clear for some time now that the Music Library Association has outgrown the traditional members-take-turns-hosting-the-annual-meeting system; so this year, for the first time, we engaged an event-planning firm, who seems to have taken their cue from ALA, because we fetched up in Orlando. Besides the balmy temps, there was a second good reason... more ›

Unseasonably warm weather, severely overcrowded rooms, and as many varieties of head cold as there are attendees: the Charleston Conference might not be for everyone. You have to really like acquisitions. Which, fortunately, some of us do. James O’Donnell, Arizona State’s University Librarian (and a Classicist) gave a keynote-style talk about the need for libraries... more ›

In case I’d been longing for parades (turns out I had), a confluence of well-known events made the 2015 ALA Annual Conference the perfect place to be. How do New Orleans and San Francisco parades compare, you ask? San Francisco parades involve less alcohol; more illegal-smelling smoke; smaller floats; fewer thrown objects; and more daytime... more ›

Lawyers, and librarians, and copyright! Oh, my! – Or, Molly at the UIPO symposium

I don’t doubt that many of you would be riffing Dorothy, too, if you had been with me in Chapel Hill on March 16 and 17 for the annual University Intellectual Property Officers (UIPO) symposium. For two days, approximately 30 lawyer-librarians, lawyers, and librarians gathered in beautiful Wilson Library on UNC-Chapel Hill’s campus to discuss... more ›

Lots of good presentations at this year’s meeting of the Music Library Association in Denver. As at ALA, winter weather prevented a number of colleagues from attending, but we were able to Skype presenters in most cases, and for the first time, selected sessions were live-streamed. The latter will be posted on the MLA website.... more ›

This year’s Music Library Association conference was held in Atlanta. It was a very productive meeting for me: I got a lot of continuing education in RDA, the new cataloging standard; and an opportunity to renew contacts in the area of ethnomusicology (music area studies), having learned just before leaving for MLA that our Music... more ›

This year’s meeting of the Southeast Music Library Association was held at the University of Alabama, Tuscaloosa, where we had beautiful weather and a number of interesting presentations. Digitization Projects We heard an update on Vanderbilt’s Global Music Archive, which has to date focused on East African music. Now they’re working on an Appalachian Dulcimer... more ›

2010 NC Independent Colleges and Universities (NCICU), Purchasing Committee Meeting, May 13 by Lauren Corbett Carol and I attended only 1 of the 2 days of the Purchasing Committee meeting at Meredith College in Raleigh. Georgia Williams of Chowan University was Chair for 2010. Georgia thoughtfully broke with the tradition of being the host and... more ›

Who is right? Copyleft/Copyright Symposium

On Friday, March 5, Leslie, Heather and I attended the first panel discussion entitled “Who is Right? Comparing and Contrasting the Interests of Artists/Broadcasters, Assignees, Academics, and the Public“. The first panelist was Kimberliann Podlas, a Assistant Professor of Law and Media Ethics from UNCG. Kimberliann asserted that in the war on illegal downloading of... more ›