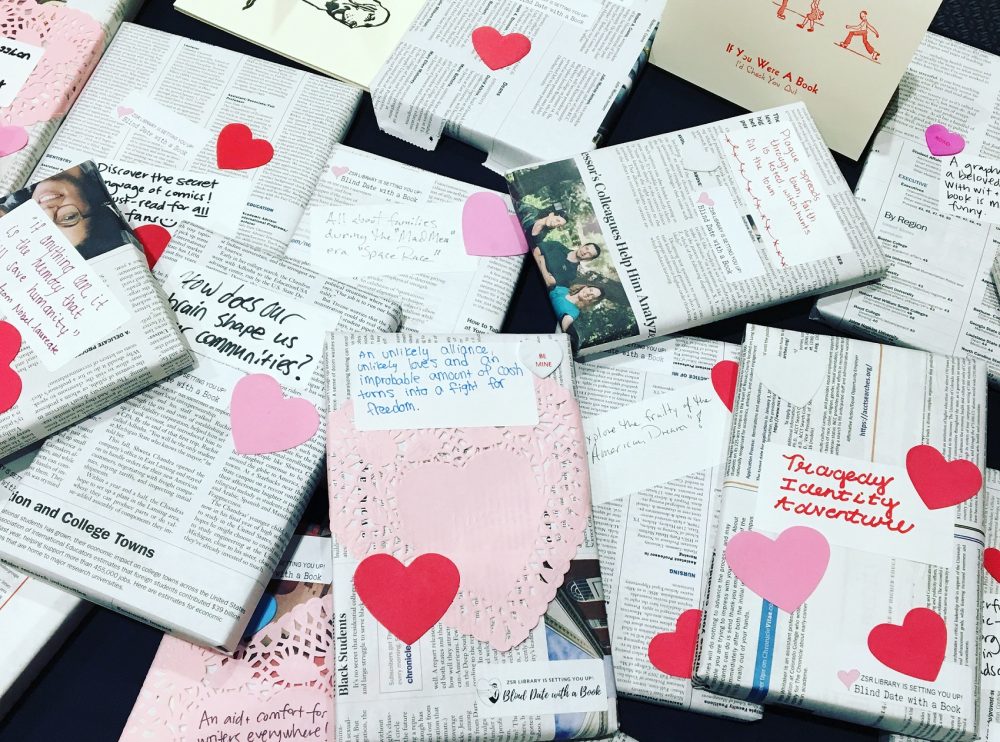 Occasionally we receive questions and interest from other librarians regarding our Blind-Date-with-a-Book (BDWAB) program, so I wanted to take an opportunity to share our program model and bring attention to all of the work that happens behind the scenes for this fun event. Collecting the Books Typically, we offer two BDWAB programs during the academic... more ›

This year’s meeting of  the Music Library Association was held in Portland, Oregon. A very busy conference for me, between session attendance and committee duties. Cataloging The Music OCLC Users Group (MOUG), which holds its annual meeting as a pre-conference to MLA, celebrated its 40th anniversary this year. We received updates on cataloging standards and... more ›

On Friday, March 31st I had the pleasure of joining some of the staff at Elon’s Belk Library as they hosted Mini-golf. The Library teamed up with the Elon Inter-Residence Council (IRC) and the Maker Hub to support the event! There was awesome food, a Virtual Reality Lab where you could don a pair of... more ›

This year’s meeting of the Southeast Music Library Association was hosted by our neighbors at Duke University. Lots of thought-provoking presentations! DIGITAL HUMANITIES A colleague at Duke who teaches both English literature and music appreciation noticed that her students often misidentify sounds — but that there was no dictionary to refer them to, as she... more ›

Embedded Librarians and the LENS Program

This is the fifth year of the LENS (Learn, Experience, Navigate, and Solve) program at Wake Forest, and librarians from ZSR have been embedded in the program since the first year! Each year the program as grown, but this year the number of students increased from 35 to 51, requiring the students to split into... more ›

On Friday, February 10th, the ZSR Library hosted its fourthCapture the Flag event! 50 students arrived at 9pm for two hours of two games of Capture the Flag and all the pizza and sodas they could consume! While smaller than our September event, this event was well attended by a great group of enthusiastic students!... more ›